This report is being updated regularly.

More than 30,000 Gaza residents gathered with Palestinian Authority flags about 700 yards from the security fence in eastern Gaza, and thousands more in a tent compound deep in the area.

According to Arab reports, demonstrators entered the Erez industrial zone on the Gaza side of the security fence and broke security cameras.

Dozens of Arab youths were injured by IDF rubber bullets in major rallies along the Gaza Strip border, even before the official marches planned to follow Friday prayers, around 2 PM local time, Ma’an reported Friday at noon. The Red Crescent crews on location are claiming 54 injuries in 6 confrontations along the border fence.

According to Ma’an, the masses continue to flock to the six sit-in areas announced by the Coordinating Committee for the Return in the Gaza Strip. A Ma’an correspondent claimed that tens of thousands from all across the Gaza Strip are congregating at the security fence east of Al-Shujaiya, east of Al-Bureij, east of Rafah and east of Khan Yunis.

5 Gazans have been killed and 150 have been wounded after approaching the fence to damage it. At least one was trying to plant a bomb along the fence.

2:57 PM: Hamas sent a 7-year-old girl to rush the fence. IDF forces identified the child coming at them and made sure she got back safely to her parents.

3:13 PM 20,000 Gazans are along the fence. A few hundred have been wounded during violent demonstrations.

4:57 PM: One of the Gazan terrorists who was killed has been identified as a senior commander in Hamas’s Izz a-din al Kassam brigade, Jihad Ahmad Farina. He was dressed as a civilian.

6:25 PM: At least 12 Gazans have been killed and 1,000 wounded — most of the injuries due to tear gas — in clashes with IDF forces at six locations along the Gaza border. Some 30,000 protests have massed along the security fence. Arab media reported two armed terrorists were killed in a gunfight with IDF soldiers. 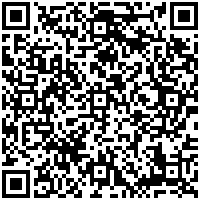