Economic woes in Gaza have left Hamas in one of its weakest positions in history, says Yoram Cohen, a former chief of the Israel Security Agency (Shin Bet).


Speaking to the Hebrew-language 103 FM radio station on Thursday, Cohen said the terror group is losing its assets while Israel is maintaining its deterrent force.

“By every parameter imaginable, Hamas is very weak and is trying to get itself out of that position by capitalizing on the transfer of the U.S. Embassy to Jerusalem. (The group) did gain a public relations win in terms of popular opinion (inside Gaza) but paid a very heavy price.

“Indeed Hamas got the recognition (it wanted) but paid a very heavy price,” said Cohen. “The public paid a heavy price, just before Ramadan, without racking up any real achievements. I think they are going to have to think twice before they are willing to pay a price like this again without seeing real results.”

Cohen said that improving Gaza’s economy would improve Israel’s security. But he said it would be a mistake to allow Gaza residents to work in Israel at the current time. “There is no shortage of products in Gaza but [there is] a lack of cash. Allowing Gazans to work in Israel would improve unemployment, but in the wake of the hostile situation between the sides, I think that it is the wrong move to make right now.

“Maybe it will be possible in a few more months when tempers settle down, and there will be better dialogue.”

Despite Cohen’s analysis and IDF predictions that the confrontations along the Israel-Gaza border would be less violent in coming weeks, Air Force officials said they would bar civilian pesticide spray planes from coming within six kilometers of the border after bullets from Gaza hit Sderot on Wednesday.

“This means all our crops will be lost. Just as we attend to the security of our farmers, we also have to secure the sovereignty of the skies of the State of Israel. We have to cancel this directive immediately,” said MK Haim Jelin (Yesh Atid) and resident of the Gaza Belt region.

According to farmers in the Gaza vicinity, at issue is not only agricultural production, but also residents’ attempt to retain their normal routines despite the border clashes.

“It isn’t only a matter of how much we can pick, but also of our ability to live our normal lives. The IDF tells us to continue with our daily routine, but at the same time tells us we have to stop spraying,” the resident said. 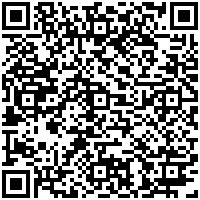