For the first time since the start of the Gaza arson terror campaign against southern Israel, an arson terror balloon launched from the enclave flew all the way to Be’er Sheva.

The incendiary balloon was attached to a firebomb (Molotov cocktail), and it landed in the heart of the largest city in the Negev.

Miraculously, it caused no damage or injuries. Residents who saw the suspicious item come to a landing called local police, who immediately summoned the bomb squad.

Sappers closed off Ringelblum Street and evacuated curious onlookers until the bomb squad had completed its work.

Police urged the public to be wary of any such packages that might suddenly appear, and in all cases, to walk away and call Israel Police. 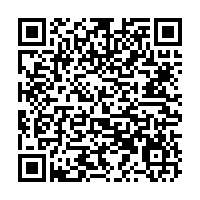