Arouri, who served for the past four years as deputy head of Hamas’ political bureau under Ismail Haniyah, was elected in internal elections to head the Hamas leadership in the Judea and Samaria territories, although he lives abroad and divides his time between Lebanon and Turkey.


With this phase, Hamas completed the elections for all its positions. Sources indicate that within a few days Hamas’ Shura Council will convene to elect the chairman of the political bureau and it is expected that Ismail Haniya will continue in the position he has held for the past four years.

An intelligence source in the Palestinian Authority said in this context that “the leadership in the Gaza Strip, political and military, does not attach much importance to the leadership in the West Bank and more than a year ago even subordinated the military wing in Judea and Samaria to its people in the Strip.”

Hamas’ political bureau did not agree with the Judea and Samaria leadership’s demand, also due to the fear that it will be easily exposed by the Shin Bet security service due to its significant intelligence penetration in the area.

It was learned that more than a year and a half ago, Qatar intervened on behalf of senior Hamas figures in Judea and Samaria and tried to improve their position in the political bureau, with the help of Khaled Mashaal and Saleh Arouri, both of whom are abroad but were residents of Judea and Samaria.

In recent years, Arouri has also headed a body known as the “West Bank Headquarters” that is responsible for terrorist activities in Judea and Samaria.

This unit includes many members who were released in the Shalit deal, including Musa Dudin, the Hamas official entrusted with the prisoners’ portfolio, Zahar Jabarin, the financier who is also responsible for procurement, Abdelhakim Hanini, and Jihad Ya’amor, one of the kidnappers of IDF soldier Nachshon Waxman, who is in charge of relations with Turkey.

Another operative at the West Bank headquarters is Salameh Marai, who participated in the murder of a soldier in Samaria in 1993.

At the beginning of 2018, Arouri transferred the command to Maher Obeid, one of the founders of Hamas in Hebron and a member of the Politburo. Obeid, who lives in Beirut, appointed a number of senior officials to manage terrorism in Judea and Samaria: Forsan Khalifa, commander of the Samaria district, Abed Rahman Ghanimat, commander of the Judea area, and Abdullah Arar, in charge of the central sector. Mazen Fuqaha preceded Obeid, and was killed by unknown individuals in the Gaza Strip.

Khalifa, a resident of Tulkarm, activated the terrorist cell of Ahmad Jarrar, from Jenin, who murdered Rabbi Raziel Shevach near the Gilad Farm in Samaria in January 2018. Ghanimat, also released by the Shalit deal, was one of the kidnappers of IDF soldier Sharon Edri. 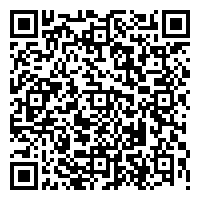