The 28th day of the Muslim month of Ramadan, on May 9, will be the turning point in the “great battle against the Judaization and control of Jerusalem, and the attempt to divide the use of the Al-Aqsa Mosque,” Hamas leader Khaled Mashaal threatened.

The 28th day of Ramadan coincides with Yom Yerushalayim, Jerusalem Day, in which Israel celebrates the liberation and unification of Jerusalem during the 1967 Six-Day War.


The 28th day of Ramadan marks the “Lil al-Qadr”, the most sensitive night in Ramadan with deep religious significance, in which the angel Gabriel brought down the Quran and opened the gates of heaven for prayers, according to the Islamic faith.

“We have no future, or state, or self-determination without Jerusalem,” said Mashaal in an interview to Hamas’ Al-Aqsa TV on Sunday.

Hamas has further called for the establishment of “nighttime defense committees” in the city’s eastern neighborhoods to prevent “Jewish settlers” from entering these areas.

Sheikh Akrama Sabri, head of the Supreme Muslim Council, whose movements were restricted by the Jerusalem police, also called for the establishment of defense committees throughout the city.

According to Hamas, the rocket attacks on Israel in the past three nights is also intended to send a message to the Palestinian Authority that if Mahmoud Abbas postpones the pending elections slated for the end of May, Hamas will work to shake stability in the PA’s territories by creating religious unrest in Jerusalem.

Referring to the elections, Mashaal said that Hamas is interested in holding elections in all areas, including in Jerusalem, and therefore there is no justification to withdraw from the promise to hold them, but rather Abbas should look for another way out of the Israeli refusal to approve the PA elections in Jerusalem.

Senior Hamas figures have made it clear in recent days that the tendency of the PA and Fatah to postpone the elections is unacceptable and that the issue of polling stations in eastern Jerusalem is nothing more than an excuse and a way out that Abbas seeks from the Fatah split crisis.

“We want to be partners in the political struggles and the elections should not be hanging in the air,” Mashaal said. “The arrangement of the Palestinian house is a condition for strengthening opposition to the occupation and rebuilding the national project on new foundations.”

Meanwhile, indications of a postponement of the PA elections are piling up. The Fatah Central Committee met Sunday night with Abbas and decided that “there is no election without Jerusalem.”

Abbas declared Sunday night that “Jerusalem is a red line and we emphasize that we will not accept the plans to control the holy city and the holding of elections without the participation of the Jerusalemites.”

He called on the international community to press the Israeli government to hold elections in Jerusalem.

Meanwhile, tensions continued to mount in the Gaza Strip and sources claim that senior Hamas figures have been ordered to hide for fear of Israeli assassinations. Some reports claim that a high-level Egyptian security delegation is preparing to visit Israel and the Gaza Strip.

The Lebanese newspaper Al-Akhbar, which has sources in Hamas, claims that there have been contacts between Egypt and the UN in the last two days in order to “contain the situation,” but at the same time Hamas claims that it rejects the quiet as long as Israel continues its policy in Jerusalem, and it intends to prevent “the settlers” from “attacking al-Aqsa.” 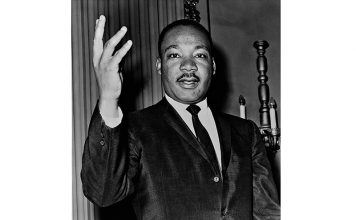