Starting in April, Etihad Airways, the second-largest airline in the United Arab Emirates—considered one of the most prestigious airlines in the world—is offering flights from Tel Aviv to Abu Dhabi and back, and connections to more than 40 different destinations around the world via convenient connection flights – all subject to corona-era aviation guidelines, Globes reported on Monday.

On Sunday, though, the UAE Foreign Ministry called on Israel to act to halt the escalation in Jerusalem And cease the acts which cause the tension between the parties in the city.


The statement went: “The United Arab Emirates has expressed concern over the acts of violence committed by right-wing extremist groups in the occupied East Jerusalem, which have resulted in injuries among civilians,” adding that the UAE “called upon the Israeli authorities to assume responsibility toward de-escalation and putting an end to all aggressions and practices that perpetuate tension and hostility,” and stressed “the necessity of preserving the historical identity of the occupied city of Jerusalem.”

Last summer, senior Palestinian Authority officials condemned the agreement to normalize relations between Israel and the UAE, which included the delay of applying Israeli sovereignty in the Jewish settlements of Judea and Samaria.

A spokesman for PA Chairman Mahmoud Abbas, Nabil Abu Rudeina, said on August 13 that “this is an aggressive move that eliminates the Arab peace initiative, and betrayal of the Palestinian people.”

But the UAE seems much more interested in economic ties with Israel than in solving the “Palestinian problem,” and the Foreign Office’s statement appears to have been nothing more than a political gesture.

Etihad Airways has already started operating the Tel Aviv-Abu Dhabi line on the Boeing 787 Dreamliner on April 6. The round-trip flights from Tel Aviv depart at 3:15 PM, while return flights from Abu Dhabi take off at 10:05 AM (local time). The duration of the flight is about three and a half hours in each direction.

Etihad’s press release suggests that its luxurious Boeing 787-9 aircraft ensure safety along with maximum comfort and an exceptional flight experience in every class, including economy. Every passenger gets a smart seat with a charging point, a technological environment, and spacious legroom. In addition, each seat on the Boeing 787 and 777 aircraft has an advanced entertainment system and a personal E-BOX player for each passenger, with live broadcast channels, movies, series, music, and more. The company’s Airbus 320A aircraft also have the option of streaming content directly from the laptop, tablet, or smartphone.

Which explains why it would be really nice if Israel put a stop to the noise in Jerusalem. You don’t see them making this kind of a racket in Abu Dhabi… 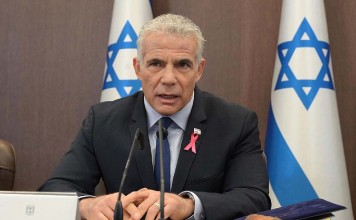