The coordinator of government operations in Judea and Samaria, Major General Rassan Aliyan, had a message on Thursday for the people of Gaza: “Hamas is selling you for cheap. For NIS 350, it risked thousands of trade permits for Gaza residents. ”

The message was said in Arabic on his Facebook page. The General’s comments came in response to the latest case of terrorism that has been uncovered.

On Thursday, TPS reported on how a joint operation by the Shin Bet security service and the Israel Police led to the exposure of two Arabs who spied on Israeli military targets on behalf of the Hamas terror organization, with an apparent focus on the Iron Dome defense system.

Hussein Biari, 30, an Israeli citizen from Jaffa with a family in the Gaza Strip, and Mahmoud Ahmad, 33, a resident of the Gaza Strip, were arrested on November 29, the Shin Bet cleared for publication on Thursday.

The findings of the investigations indicate that the two were recruited by Hamas’ espionage infrastructure based in the Gaza Strip, which employs agents inside Israel, guided by terrorist operatives from Gaza, including Muhammad Halawa. Halawa’s name has come in precious Shin Bet investigations.

“Mahmoud and the terrorist organization Hamas endangered the tens of thousands of Gazans who hold trade permits,” wrote Aliyan. “Hamas risked millions of shekels that Gaza traders bring to the Gaza Strip from work in Israel for 350 shekels.”

He declared to the residents of Gaza, “Know that Hamas is harming you and your well-being. If Hamas continues to jeopardize the civilian policy that Israel allows and the departure of thousands of Gazans to work in Israel, this will have consequences that will affect you and your family members who earn a decent living thanks to these permits.”

“We will work to locate and thwart any attempt to exploit the civilian medium for terrorist activity and we will not accept further attempts to harm the security of the State of Israel,” he added. 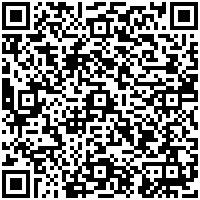