Iron Dome aerial defense batteries were placed in strategic locations throughout southern Israel on Tuesday in advance of possible escalation with the Iranian-backed Hamas terrorist organization that rules Gaza.

Since last week, Hamas terrorists have continued to launch arson balloons at southern Israel, escalating the number of destructive fires set each day while threatening the safety and peace of mind of Israelis living near the Gaza border.

On the agenda were the rules of engagement for live fire, placement of the various forces and troop deployment to deal with the growing Gaza violence at the border.

It was decided to reinforce the IDF Gaza Division with additional units in response to the continued terrorism against southern Israel and military forces at the border.

Additional troops have already been deployed to the Gaza border in advance of expected violence Wednesday when Hamas is slated to lead another so-called protest.

“IDF forces will respond strongly to terrorist attempts and considers the Hamas terrorist organization responsible for everything that happens in the Gaza Strip,” the IDF Spokesperson said in a statement.

The supposed change of heart followed talks between Hamas and Egypt mediators.

However, in the same report, Hamas was quoted as saying, “As long as the tightening of the siege continues, the balloons will continue to be launched and the fires will continue.”

Egypt has been heavily involved in attempting to maintain a ceasefire it brokered between Hamas and Israel after an 11-day mini-war this past May, known in Israel as “Operation Guardian of the Walls.”

Hamas Escalating Attacks Since Last Week
Nevertheless, at the start of last week, Gaza terrorists fired a rocket at the Israeli border town of Sderot – the first such attack since May 21.

The rocket was intercepted and shot down by Israel’s Iron Dome aerial defense system, which is triggered when rockets are heading for heavily populated areas.

At least eight fires were started this Monday alone in fields, forests and parks near Jewish communities near the Gaza border. The previous day, an Israeli soldier was critically injured after being shot at point-blank range by a Gaza terrorist at the border.

In response, the IDF struck a weapons factory in the southern Gaza town of Khan Younis in addition to bombing the entrance to a terror tunnel in Jabaliya and an underground rocket launch site embedded near a school within the Shejaiya civilian neighborhood.

Israel, Qatar and the United Nations agreed last week on a way to deliver monthly cash grants to 100,000 poverty-stricken families in Gaza; however, the agreement had no effect whatsoever on the terrorism emanating from the enclave, which increased daily. 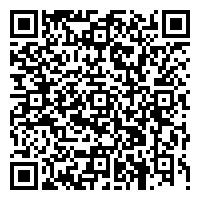