A joint ISA-IDF operation targeted senior members of the Hamas “General Staff Forum” including the Gaza City Brigade commander, the head of the cyber command and improving Hamas’s missiles and the head of its production network, according to a statement by the Israel Security Agency, known colloquially as the Shin Bet.

The four senior commanders who were targeted in the attack include:


1. Bassem Issa – Gaza City Brigade commander since 2017 and senior military official in the city. Over the years he had been involved in many terrorist attacks and also served as a leader in the organization’s production network. He led previous rounds of fighting with Israel. Targeting him will significantly affect the functioning of the brigade and of Hamas’s military arm.

2. Jamaa Tahla – Head of Hamas’s cyber command, leader of its missile improvement project and head of its R&D department. He was Muhammad Deif’s right-hand man a main leader of the effort to build up the organization’s strength; targeting him is a significant blow to that effort.

3. Jamal Zebeda – Head of projects and development for Hamas’s production network, was a main force behind the organization’s rocket production network. He held a PhD in mechanical engineering with a specialty in aerodynamics. He had various technological skills, was one of Hamas’s leading R&D experts and was also engaged in advancing projects to build up the organization’s strength.

Other senior figures were also killed in the attack, which destroyed the Hamas main research and development (R&D) facility, including much equipment.

“I congratulate the ISA, the Air Force, Southern Command and the IDF for the operation that targeted senior Hamas commanders,” Prime Minister Benjamin Netanyahu said in a statement of congratulations. “Whoever attacks us – his blood is on his head.” 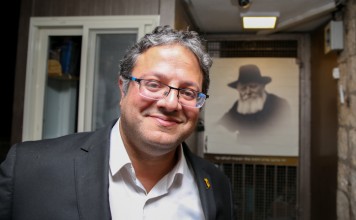