Palestinian Islamic Jihad official Ramez Al-Halabi said in an interview last week that aired on Al-Ahd TV — was translated and uploaded by the Middle East Media Research Institute (MEMRI) — that the terror group’s arsenal, funding and even food are all provided by Iran.


In the May 7, 2021 interview, Al-Halabi said Iran helps buy weapons for the armed factions in Gaza as well as in Lebanon.

“The mujahideen in Gaza and in Lebanon use Iranian weapons to strike the Zionists. We buy our weapons with Iranian money. An important part of our activity is under the supervision of Iranian experts. The contours of the victories in Palestine as of late were outlined with the blood of Qasem Soleimani, Iranian blood.

“Today, the patronage of the axis of resistance has begun to prevail in the region, thanks to Allah and to the blood of the martyrs…

The Shafi’I Sunni Gazans in the Gaza Strip from Rafah to Beit Hanoun receive plates of food to break their fast with the seals of Qassem Soleimani and the Islamic Republic of Iran.

“I ask Allah to reward Iran, in my name and in the name of the Palestinian people. They are the ones who support us with weapons, money and food.” 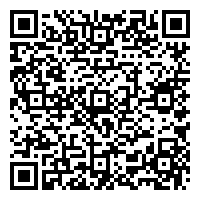