The following has been cleared for publication by ISA:

Hamas terrorist Malik Nazar Yusef Kazmar, 23, originally from the Kalkilya area, was arrested on February 26, in a joint Israel Security Agency (Shin Bet) and IDF operation, on suspicion of having been recruited by the Hamas command abroad and instructed to advance terrorist actions inside the State of Israel.

In his Shin Bet investigation, it was learned that Kazmar, who lived in Turkish Cyprus in recent years, was recruited by Hamas in August 2015 while visiting Jordan. In January 2016 he was sent to a military camp in Syria where he underwent firearms training and was instructed in the manufacture of IEDs.

During his investigation, Kazmar handed over a memory card that he had received from his handlers in Turkey and which was loaded with encrypted material, including extensive security instructions and information designed to aid him on his mission.

Kazmar was indicted in the Samaria Military Court on March 30 for a number of severe security offenses.

This case underscores the activity of the Hamas overseas headquarters, including on Turkish soil, at the behest of Saleh Arouri, the head of the organization’s “West Bank Office.”

The Hamas leadership continues to make use of agents returning to Judea and Samaria in order to perpetrate acts of terrorism, even as its senior figures operate unhindered in various countries. 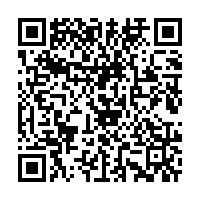