The Al-Bireh municipality on Saturday unanimously approved a motion to name a street in Ramallah after Israeli extreme-left activist Ilan Halevi.

Halevi, who was born Georges Alain Albert in France in 1943 during the Holocaust and died in 2013, considered himself a “Palestinian,” was an anti-Zionist and was one of the few Jews to be a PLO member.

Halevi joined Fatah after the 1967 Six Day War and subsequently became a prominent member of the PLO and served as an adviser to Yasser Arafat.

Nabil Shaath promoted the proposition with the support of Palestinian Authority (PA) head Mahmoud Abbas, who had previously awarded Halevi with the PA’s Medal of Distinction.

“Ilan Halevi was a Jew, but that are many Jews in the world who sympathize with the Palestinian cause and they should be respected,” said Al-Bireh’s Mayor Azam Ismail.

The decision to name a street after a Jew sparked fierce discussions on social media. “Are there not enough names of Shahids who are worthy of memorializing in our streets?” one user demanded.

A Shahid, a Martyr, is a Muslim warrior who died while fighting “the infidel.” By declaring the terrorist a Shahid, the PA is declaring that he committed an exemplary act, according to Islam, for which he will be rewarded in the afterlife by Allah.

The PA regularly glorifies terrorists by naming streets, playgrounds, and various events after them. 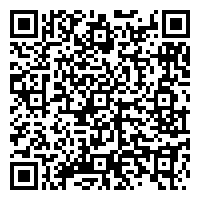