Palestinian Authority Chairman Mahmoud Abbas plans to light a torch next Sunday evening at his Ramallah palace, to mark the 53rd anniversary of the Fatah movement, which the PA considers the “launch of the Palestinian revolution,” Jamal Moheisen, a member of Fatah Central Committee, on Tuesday told Voice of Palestine radio, WAFA reported.

Moheisen announced that at 4 PM Sunday, a march will be going toward the mausoleum of the late Yasser Arafat, outside the presidential palace, where Abbas will light the torch and address the crowd.


This year’s celebrations will be more subdued than in previous years, according to Moheisen, and there won’t be a central rally to mark the anniversary, “due to the current conditions in the Palestinian territories,” by which he may have meant that PA Arabs have not been showing up in enthusiastic crowds when asked to recently. Instead, Fatah will hold separate, local events in different areas.”

Fatah, formerly the Palestinian National Liberation Movement, is the largest faction of the Palestine Liberation Organization (PLO). It was actually founded in 1959, 58 years ago, by Gaza refugees working in the Persian Gulf States who had studied in Cairo or Beirut. The founders included Yasser Arafat, then head of the General Union of Palestinian Students (GUPS) at Cairo University.

Fatah became the dominant force in Arab politics after the 1967 Six-Day War, 50 years ago.

In the late 1960s, tensions between Fatah and other militant groups and the Jordanian government increased after the former had created a virtual ‘state within a state’ in Jordan, taking control of civil life in Jordan – all of which was inspired by Yasser Arafat. They set up roadblocks, publicly humiliated Jordanian police forces, molested women and levied illegal taxes, until, in 1970, the Jordanian government moved to regain control over its territory, declaring martial law.

The Jordanian army inflicted heavy casualties on Arafat’s irregulars, who suffered between 3,500 and 25,000 fatalities. Some 200 fighters crossed the Jordan River to surrender to Israeli forces. 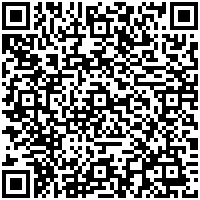