In its largest mass execution in many years, Egypt on Tuesday hanged 15 ISIS-affiliated terrorists who had been convicted of carrying out attacks on security forces in the Sinai, killing a number of soldiers, Egyptian security sources said. The executions were carried out in two prisons in northern Egypt.

The Sinai insurgency has been active since 2011 after the deterioration of security in the Sinai. After President Mohamed Morsi was deposed in 2013, Egypt began a crackdown on jihadist groups, which in turn intensified their campaign of attacks on Egyptian security forces. In 2014, the groupAnsar Bait al-Maqdis pledged allegiance to Abu Bakr al-Baghdadi, the leader of Islamic State, and adopted the name Sinai Province.


On November 24, in the bir al-Abed attack, jihadists killed 311 people and injured at least 122. On December 19, one officer was killed and two were injured in a failed assassination attempt on the Minster of Interior Magdi Abdel-Ghaffar and the minister of defense Sedki Sobhy.

In mid-December, the heads of the Knesset coalition parties approved the demand of Yisrael Beiteinu chairman Avigdor Liberman to support a death penalty for terrorists bill, which should be submitted in the new year. MK Nachman Shai (Zionist Camp), who is a member of the Knesset Foreign Affairs and Defense Committee, attacked the move, saying, “The death penalty will invite international pressure that Israel will not be able to withstand at this time – all this for the survival of the [Netanyahu] coalition.”

And yet, the Egyptian state executes 15 deadly terrorists in one morning and the world does not even yawn over it. Perhaps Israel should export its terrorists to Egypt for execution. 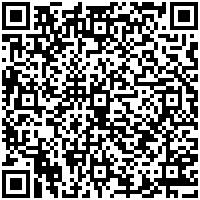