Israel drivers were shocked to see a convoy of armed and uniformed Palestinian Authority (PA) security force members driving up Road 1 (near Kfar Adumim) in pickup trucks, towards Jerusalem from Jericho, looking very reminiscent of ISIS, this past Friday afternoon.

Armed members of the PA security forces are normally not allowed in Area C.


The PA security forces in the vehicles had rifles, battle vests, and even grenades. The armed convoy was not being escorted by the IDF or Israeli police, witnesses told TPS.

The convoy also ran a red light, according to the witnesses.

Upon checking with government sources, TPS was told that the convoy’s travel was coordinated with the Civil Administration and relevant security forces, and it was under escort and guard throughout their travels in Area C.

That supposed Israeli escort does not appear in the video (below), and witnesses say they did not see any Israeli security vehicles traveling with the convoy.

Update #1: TPS says the convoy had an escort from the Civil Administration.

After completing their mission in one of the Arab villages near Jerusalem, the armed convoy returned to Jericho.

Update #2: According to Ynet and Arab sources, Palestinian Authority security forces had a shootout in the village of Azariya near Maaleh Adumim, on Friday.

One person was killed.

The fight was connected to PA tax officials trying to arrest someone at a pirate gas station which belongs to the Bedouin in that area. 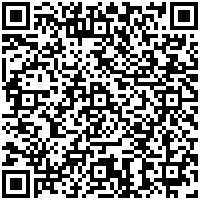