Israel’s Ambassador to the United States and the United Nations Gilad Erdan said in a statement following a speech by Palestinian Authority leader Mahmoud Abbas that “Abu Mazen” (the nom de guerre of Mahmoud Abbas) has, again, proved his irrelevance.

Abbas threatened the State of Israel on Friday (Sept. 24) in his speech to the 76th United Nations General Assembly, saying in an ultimatum that the Jewish State had “one year to withdraw from all the Palestinian territories” – all post-1967 areas where Jewish Israelis now live.


If Israel does not carry out a general expulsion of its citizens from communities in Judea, Samaria, the Jordan Valley and post-1967 areas of Jerusalem, Abbas said the Palestinian Authority will turn to the International Criminal Court at The Hague.

“In his speech at the UN, Abu Mazen proved once again that he is no longer relevant,” Erdan commented. “It is no coincidence that 80 percent of Palestinians want him to leave his position.

“He once offered to sue the United Kingdom over the Balfour Declaration. Today, he wants to return to the UN Partition Plan,” Erdan pointed out.

“But most important of all, he lied about the Palestinians’ refusal to make peace. Those who truly support peace and negotiations do not threaten delusional ultimatums from the UN platform as he did in his speech,” Erdan added.

There are more than half a million Israelis living in Judea and Samaria; this does not include the hundreds of thousands living in Jewish neighborhoods in post-1967 areas of Jerusalem, and those living in the Jordan Valley. 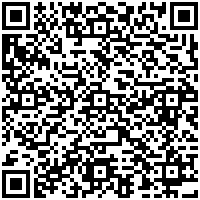