Saeb Erekat, the PLO Secretary of the Executive Committee, said on Monday that the PA leadership would continue to pay the allocations for security prisoners and the families of dead and wounded terrorists.

Speaking at a Ramadan feast in honor of the families of the terrorists in Israeli prisons, in the presence of members of the diplomatic corps in Ramallah, the Minister of Prisoners’ Affairs Kadri Abu Bakr, the president of the prisoner club Kadoura Fares, Revolutionary Council member Fadwa Barghouthi and Khaleda Jarrar, a member of the Popular Front for the Liberation of Palestine and the Palestinian Legislative Council, Erekat said, “We will continue to distribute the allocations of martyrs and prisoners and wounded, and to achieve the embodiment of the independence of the State of Palestine with East Jerusalem as its capital.”

Also on Monday, the Palestinian Authority cabinet, headed by Prime Minister Mohammad Shtayyeh, restated during its weekly meeting held in Ramallah its refusal to accept tax revenues from Israel if they are offset by the amount paid out to terrorists.

The PA cabinet also upheld its position rejecting the Bahrain conference, and announced the participation of PA President Abbas in the Arab Islamic Summit in Saudi Arabia.

Israel has been cutting 40 million shekel ($11 million) from tax revenue it transfers to the PA each month, out of the 600 million shekel ($166 million) it collects overall. The already cripples PA is expected to collapse in a matter of a few months should it continue to refuse the money. 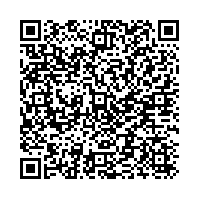