Hamas and Fatah are planning to hold a “National Unity Festival” in the Gaza Strip in the coming days. This event follows the joint press conference held more than a week ago between Fatah leader Jibril Rajoub and Hamas official Saleh Aruri.

Palestinian Authority (PA) head Mahmoud Abbas and Hamas leader Ismail Haniya are slated to address the rally. A source told TPS that Abbas and Haniya are expected to declare an end to the years-long internal split between the two factions.


Dozens of representatives from countries around the world were invited to the conference. President of South Africa Cyril Ramaphosa, Secretary-General of the Arab League Ahmed Aboul Gheit, head of the Lebanese parliament Nabih Berri and other leaders will attend the event via video conference.

In an interview with Palestinian Authority (PA) television, Rajoub, appointed by Abbas to lead the struggle against Israel’s intention to apply sovereignty in parts of Judea and Samaria, said the event is “the launch of a new Palestinian strategy based on ending the division within the Palestinian people.”

Rajoub noted that “Fatah’s strategic decision is to bring about the unification of all Palestinian factions under one flag and under the leadership of Fatah and under the authority of the PLO.”

“We will build a partnership and fraternity in the face of the annexation and the Deal of the Century,” Rajoub said. “This is a historic event and we are preparing a new front against the fascist right in Israel.”

Senior Fatah figures in the Gaza Strip, led by Ahmad Hilles, one of Rajoub’s men, will meet for preparatory meetings with the Hamas leadership on Tuesday.

A source in Ramallah told TPS that Rajoub has very good ties with Hamas, and uses his ties Salam Haniya, the son of Ismail Haniya and who heads the football association in Gaza and works with Rajoub who serves as the head of the Palestinian Football Association (PFA).

A Fatah source told TPS that although the Fatah leadership is determined to bring about Palestinian unity, it is simultaneously trying to keep the PLO the top address for the Palestinian people and preserve Fatah’s leadership role.

In an interview, Fatah Secretary-General Rajoub emphasized that “all parties, Hamas and Fatah, agree on the goal, which is the establishment of a Palestinian state within the 1967 borders and on Jerusalem as the capital of the Palestinian state, and in addition, they agreed on the principles of the upcoming confrontation with Israel.”

Rajoub called on the Fatah and Hamas prison leaders in Israeli prisons to be the pioneers and to re-establish one joint prisoner movement, as a message of unity to the Palestinian people.

Rajoub is aware that many Fatah elements do not approve of his return to a key position and leadership position and therefore called on all Fatah factions not to oppose the “historic reconciliation” move, as he put it.

A Palestinian source told TPS that by approaching Hamas, Rajoub is also seeking to block Muhammad Dahlan, his opponent in Fatah, who for several years has been allowed by Hamas to conduct political activity in the Gaza Strip.

Rajoub complimented Aruri, number two at Hamas and who is responsible for all the armed activities, and said that before holding the joint press conference, Aruri promised that Hamas would not turn to the establishment of a separate “emirate” in the Gaza Strip and that unity is a common goal. Furthermore, he does not question the PLO being the supreme body for the Palestinian people. 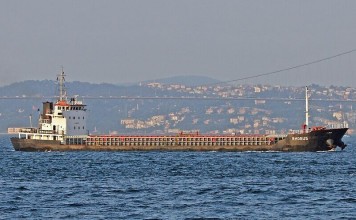