Beatty and Chavannes, both Evangelical Christians, wrote on their Facebook page: We are going to take our country back! By any means necessary! #JesusMatters.


The video embedded below is very long, but you’ll get to see a van full of paint cans and hear the nervous exchanges of the brave perpetrators, and then you’ll follow Bevelyn Beatty to her glorious Dumping of the Paint. Highly recommended!

They also posted an “Official Statement & Update on Bevelyn & Edmee” that went:

Bevelyn and Edmee are officially released from the NYPD. They are doing wonderful and thank each and every one of you for your overwhelmingly incredible support and prayers!

A few things they want to make clear to the public…

#1) The police officer that slipped and fell in the paint is doing OKAY! Praise God! He had a hard fall but is doing very well and fine.

#2) While they were detained, Bevelyn and Edmee were treated like royalty! This was the BEST experience they have ever had with any police department.

#3) During their time with the NYPD, the Lord moved mightily. The police expressed their HIGH APPRECIATION for what Bevelyn and Edmee stood up for today. They expressed their concerns and fears for their city. They are in fear for the sake of NYC and voiced that they need MORE people like them to help and stand up for what is RIGHT! They even asked for PRAYER!!

God is SO SO good and just.

More to come… But we are taking our country back NOW!

OK, we may have a few theological differences with these two fine ladies, but aside from that, how can we not absolutely adore them? 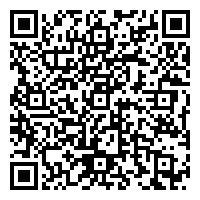