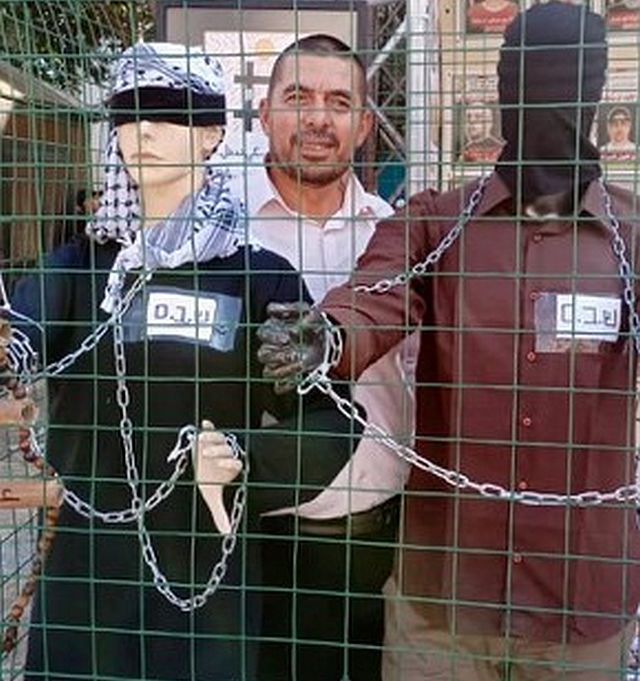 At “the start of the activities of the Bethlehem: Capital of Arab Culture 2020-2021 week,” the PA Ministry of Culture and the PLO Commission of Prisoners’ Affairs set up an exhibit featuring pictures and names of numerous terrorist prisoners who murdered at least 46 Israelis, and terrorist “Martyrs” responsible for the deaths of at least 136.


Bethlehem was chosen as capital of Arab culture 2020/21 by the Conference of Arab Culture Ministers, and it was PA Chairman Mahmoud Abbas himself who launched the year-long event in April. [Website of the Arab League Educational, Cultural, and Scientific Organization, April 21, 2021].

It is a very significant statement about the PA’s self-image, its chosen values, and its revering of terrorists that it launches “Arab Culture Week” by honoring mass murderers as its expression of Palestinian culture.

While Jews revere Bethlehem as the burial place of the matriarch Rachel and Christians honor the city as the birthplace of Jesus, the PA often uses Bethlehem as a city to highlight PA support for terror. Palestinian Media Watch reported that Fatah honored several murderers at a ceremony, marched dozens of armed masked men and women through the streets of Bethlehem, parading posters of mass-murderers at a rally, and held a sports tournament named after arch-terrorist Abu Jihad.

Other institutions showed their support for the terrorist murderers and the exhibition, among them the General Union of Palestinian Women Bethlehem Branch.

Some of the posters of terrorists included in the Bethlehem exhibit were adorned at the bottom with photos of terrorist Salah Khalaf “Abu Iyad,” who headed the terror organization Black September that murdered 11 Israeli athletes at the 1972 Munich Olympics, former PLO and PA Chairman Yasser Arafat, and arch-terrorist Khalil Al-Wazir “Abu Jihad” who was responsible for attacks in which at least 125 Israelis were murdered.

A “prisoners’ cell” with mannequins dressed as prisoners was also included in the exhibit.

Following are short descriptions of each terrorist honored and his crimes:

Adnan Abayat – Palestinian terrorist and head of the Tanzim (Fatah terror faction) in Bethlehem who was responsible for a number of attacks in which 8 Israelis were murdered. Abayat was arrested by Israel on Aug. 24, 2004 and is serving multiple life sentences.

Munif Abu Atwan – Islamic Jihad terrorist who was involved in the murder of 4 Israeli students at the Otniel Yeshiva (Jewish religious studies academy), south of Hebron, on Dec. 27, 2002. Abu Atwan was sentenced to 5 life sentences.

Ahmad Sa’adat – serving a 30-year sentence for heading the Popular Front for the Liberation of Palestine (PFLP) terror organization. A song at a PFLP event also praised him for planning the assassination of Israeli Minister of Tourism Rehavam Ze’evi in 2001, but he has not been tried for this crime.

Maher Younes – Israeli Arab terrorist who kidnapped and murdered Israeli soldier Avraham Bromberg in 1980 together with his cousin Karim Younes. Younes was originally sentenced to life in prison, but Israeli President Shimon Peres reduced his sentence in 2012. Younes is serving a 40-year sentence.

Mahmoud and Nasser Abu Sorour – Palestinian terrorists who participated in planning and carrying out the assassination of Israeli security agent Haim Nachmani on Jan. 3, 1993, in Jerusalem. Each is serving life in prison.

Mahmoud Salem Sarahneh – Palestinian terrorist who sent four suicide bombers to carry out three attacks in Jerusalem in 2002 in which 14 were murdered, and one in Rishon Lezion in which 2 were murdered.
Jerusalem attacks: in the Beit Yisrael neighborhood on March 2, 2002, 11 murdered; in the Kiryat HaYovel neighborhood on March 29, 2002, 2 murdered; and on Neviim Street on April 1, 2002, 1 murdered. Rishon Lezion attack: May 22, 2002, 2 murdered. Sarahneh is serving 17 life sentences.

Marwan Barghouti – Palestinian terrorist and member of the Palestinian Authority parliament who is serving 5 life sentences for orchestrating three shooting attacks in which 5 people were murdered: one attack on the Jerusalem-Maale Adumim road (June 12, 2001) in which Greek Orthodox monk Tsibouktsakis Germanus was murdered by terrorists Ismail Radaida and Yasser Ah’Rabai, another attack at a gas station in Givat Zeev near Jerusalem (Jan. 15, 2002) in which Yoela Hen was murdered by terrorists led by Mohammed Matla, and one shooting and stabbing attack at the Seafood Market restaurant in Tel Aviv (March 5, 2002) in which Eli Dahan, Yosef Habi, and Police Officer Sergeant-Major Salim Barakat, were murdered by terrorist Ibrahim Hasouna.

When arrested by Israel in 2002, Barghouti headed the Tanzim (Fatah terror faction). After he was convicted and imprisoned, he was re-elected as a member of the Palestinian Authority parliament. On Dec. 4, 2016, he was elected to Fatah’s Central Committee.

Karim Younes – Israeli Arab serving a 40-year sentence for kidnapping and murdering Israeli soldier Avraham Bromberg in 1980 together with his cousin Maher Younes. Younes was originally sentenced to life in prison, but Israeli President Shimon Peres reduced his sentence in 2012.

In May 2017 Younes was appointed by PA Chairman Mahmoud Abbas to the Fatah Central Committee.

Abu Iyad (Salah Khalaf) – PLO Chairman Yasser Arafat’s deputy, one of the founders of Fatah, and head of the terror organization Black September, a secret branch of Fatah. Attacks he planned include the murder of 11 Israeli athletes at the Munich Olympics (Sept. 5, 1972) and the murder of two American diplomats in Sudan (March 1, 1973). It is commonly assumed that his assassin, a former Fatah bodyguard, was sent by the Abu Nidal Organization, a rival Palestinian faction.

2021 Gilboa Prison escape – 6 Palestinian terrorist prisoners escaped from Israel’s Gilboa Prison on Sept. 6, 2021, by widening the hole of the shower drainpipe in the floor of their cell. One terrorist is from Fatah – Zakariya Zubeidi, and the other five are from Islamic Jihad – Ayham Kamamji, Muhammad Ardah, Mahmoud Ardah, Yaqub Qaderi, and Munadil Nafiyat.

Four of the terrorists were recaptured after five days: Zubeidi, Ardah, Ardah, and Qaderi. Kamamji and Nafiyat were arrested in Jenin on Sept. 18, 2021 along with two accomplices.

Zubeidi was head of the Al-Aqsa Martyrs’ Brigades (Fatah’s military wing) in the Jenin area during the PA terror campaign (the second Intifada, 2000-2005), when he oversaw numerous lethal attacks, and he also carried out shooting attacks in 2018-2019.Kamamji participated in the murder of 18-year-old Eliyahu Asheri on June 25, 2006, and planned to blow up a bus using an exploding car.

Muhammad Ardah participated in initiating and executing a suicide bombing on bus no. 823 on Nov. 29, 2001, in which 3 people were murdered and many others were wounded. Mahmoud Ardah was involved in numerous attacks; the website of Islamic Jihad’s military wing defined him as the “commander” of the prison escape. Qaderi committed a shooting attack on Sept. 18, 2002 with an accomplice in which Israeli Yosef Ajami was murdered and a foreign worker was wounded. Nafiyat was being held in administrative detention.

Yasser Arafat – Founder of Fatah and former chairman of the PLO and PA. During the 1960s, 70s and 80s Arafat was behind numerous terror attacks against Israelis. Although he received the Nobel Peace Prize in 1994 together with then Israeli Prime Minister Yitzhak Rabin and then Israeli Minister of Foreign Affairs Shimon Peres “for their efforts to create peace in the Middle East” after signing the Oslo Accords peace agreement, Arafat launched a 5-year terror campaign – the second Intifada (2000-2005) – in which more than 1,000 Israelis were murdered. Arafat died of an illness in 2004.

Abu Jihad (Khalil Al-Wazir) – was a founder of Fatah and deputy to Yasser Arafat. He headed the PLO terror organization’s military wing and also planned many deadly Fatah terror attacks in the 1960’s – 1980’s. These attacks, in which a total of 125 Israelis were murdered, included the most lethal in Israeli history – the hijacking of a bus and murder of 37 civilians, 12 of them children. 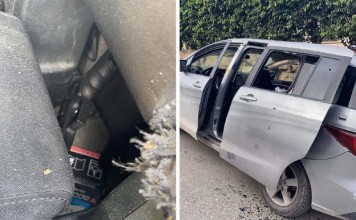 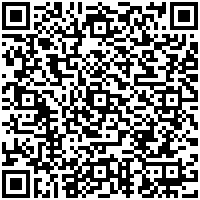