The New York Times announced on Wednesday that it is seeking to hire a full-time reporter to cover Palestinian affairs.

“The reporter will focus on Palestinian politics, culture and life in the Gaza Strip and West Bank,” including eastern Jerusalem, “as well as Palestinian citizens of Israel,” along with occasional reporting of the broader region, said the listing.

The position will be based in eastern Jerusalem or Ramallah and will report directly to the newspaper’s new Jerusalem bureau chief Patrick Kingsley and Middle East editor Herbert Buchsbaum.

The newspaper is seeking a native-level English speaker who is fluent in Arabic and preferably Hebrew as well.

The job opening comes at a time when all eyes are on the Middle East as ongoing violence continues between Israel and the Palestinians. 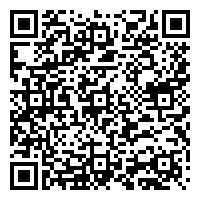