Could you do it?

Could you take what is, without a doubt, the worst tragedy imaginable – the intentional, violent murder of your sweet little girl – and turn your grief into the impetus to help others?

That is what Frimet and Arnold Roth did after their then-15 year old daughter, Malki, was murdered in the grotesque homicide bombing of the Sbarro Pizzaria in downtown Jerusalem.  Malki Roth and 14 other innocent civilans died violent deaths on the 9th of August, 2001. Eight of the murdered were children.  A woman pregnant with her first child also died in the bombing, and 130 were wounded.

The Roths created Keren Malki (Malki Foundation) within months of the bombing.  What would so understandably have made most parents turn inwards with grief, instead, for the Roths, became a mission to create something positive that would reflect the goodness of the daughter whose future was stolen.  Malki’s little sister is severely disabled and Keren Malki, formed 12 years ago, provides a myriad of services for the benefit of children with special needs and their families.

This week the Roths were honored for the work that Keren Malki (keren is the Hebrew word for ‘foundation’) has done over the past twelve years for the benefit of children with special needs and their families. Israel’s Minister of Welfare and Social Affairs, Meir Cohen, presented the Roths with the Minister’s Shield for Volunteerism – Lifetime Achievement Award.

Arnold Roth, who made aliyah from Australia many years ago, said about the honor he and his wife received, “Our daughter Malki’s love for her own disabled little sister, and her devotion, led her to do incredible things in the short and beautiful life she had. There was nothing we could do for Malki after the terrorists stole her future from her and from us. Nothing, that is, except to remember and honor it by doing positive, helpful things in her name. Thanks to the support we get from generous people from all over, that is what Keren Malki is doing.”

Keren Malki provides services that allow the severely disabled to remain at home and be cared for by family members.  Among the services it provides are long-term lending of assistive equipment; funding of vital paramedical therapies; and at-home therapist visits in periphery communities.

Incredibly – unless you have the fortune to know these extraordinary people – the foundation the Roths created provides services to any who are in need; it has enabled many thousands of Jewish, Druze, Muslim and Christian families to continue caring for their loved ones at home.

The Israeli government honored Arnold and Frimet Roth this week, but the Roths – tzadikim – honor all of humanity by showing us how to give, despite what was taken from them. 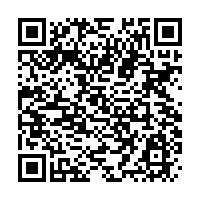