Israel’s Spacecom is set to launch its most advanced satellite yet, the AMOS-17, next Sunday (August 4) at around 1:50 am Israel time (6:50 pm Saturday Eastern Time) from Cape Canaveral in Florida, atop a SpaceX Falcon9 rocket, Spacecom announced in Tel Aviv.

As is customary with rocket launches, if the weather is dicey, the launch might be delayed by a day. The launch comes nearly three years after the loss of the AMOS-6 satellite in an explosion.

The newest AMOS satellite is a communications satellite and is expected to operate for the next 20 years, providing services to customers in Africa, which has the fastest growing population in the world.

After launching the satellite will spend 11 days traveling in space until reaching its intended location and then will take another two days to deploy its various antennas and solar panels, orbiting the Earth at a distance of 36,000 kilometers (22,360 miles), at a speed of 11,000 kilometers per hour (6,835 miles per hour).

The satellite was built by Boeing Aerospace in accordance with the design specifications of Ramat Gan-based Spacecom (short for Space Communications Ltd.) Thus far the firm has received orders for services totaling $50 million, according to the statement released at the news conference.

Spacecom director of Business and Technology Ventures Eran Shapiro said Africa, which has the highest population percentage of young people in the world, has a growing demand for content – but has a major lack of internet access due to a paucity of communications infrastructure.

“The opportunity is clear,” Shapiro pointed out. A solar-powered terminal is all an African local will need to connect with AMOS-17, and voila! Internet access is acquired via the high-throughput satellite services (HTS) and C-band frequencies that will allow for high availability of service. AMOS-17 will send a single beam per country, he added, that will allow for easier customer adaptation and expansion.

Tonight: 7 Weeks after Launch Israeli Spacecraft to Land on the Moon 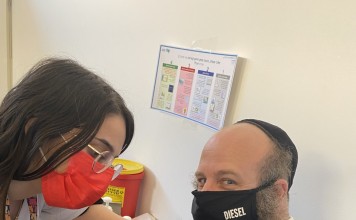 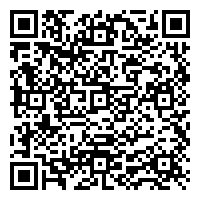