How far does your money go these days? If you’re in Israel, it’s not going nearly as far as it once did.

But in one remote village in Tanzania, you might be surprised just how far money can go, especially when the Afrikan NGO is involved. (The name derives from “Africa” and “Kan” – meaning, “here”.)


Rafi Ryker, a 25-year-old Israeli army veteran born to a mother from Teaneck, New Jersey and a father from Australia who made aliyah to Zichron Ya’akov, told JewishPress.com in an exclusive interview this week that he was amazed to see what small sums of money could do in one village.

After completing his service as a deputy company commander in the IDF Tank Corps about two years ago, Ryker made the discovery during a trek through Africa with a friend.

“We set out during the COVID pandemic, and the only place in the world open at that point was Africa, so that’s where we went,” he told JewishPress.com.

“While there, we happened to meet the head of a remote village in the Malindi district. For him, it was the first time he had ever seen Israelis,” Ryker smiled.

Speaking in English, the village head invited the two Israelis to his home and spent two days showing them around the village, including the “school system” where a single classroom holds about 100 to 150 students.

The school has no electricity, there are no windows and there was no running water. Eight toilet stalls serve the entire school of some 700 students, who sit five to a desk built for two.

It was an eye-opening tour, one that shocked Ryker and his friend.

“It really touched us, how it works there and how tough the life conditions are.

“The students don’t eat from the time they arrive at school, at 7:30 am, until they finish the day at 4 pm… It was tough to see that people in these times live that way.

“I realized it would be very simple for us to make a change there,” he said, “so I decided to do a pilot project to see what could easily be done to make that change.

“For us, it felt like the right thing to do, and very simple to do it.”

Ryker returned to Israel and launched Afrikan: Working Together with a group of fellow veterans.

Their first project was completed at a cost of $20,000, and included renovation of an entire school, in addition to connecting two schools and the entire village, in fact, to clean water.

With the eight IDF veterans and the help of the villagers themselves, Ryker’s organization piped the water to the village and the schools.

“Every villager got five meters that he was in charge of digging,” Ryker explained. “We did not pay them and they had to do it by themselves – that was their contribution to the project.

“If they had said ‘no’ we would not have done the project,” he added. “That is our way of making sure it is not just ‘these people’ showing up and throwing money at them; it’s a joint project.

“Up to that point, they had to walk five kilometers in each direction to get water from a remote spring that’s not very clean – it’s just water coming out of the ground,” he said.

Three months later, Ryker received reports from the village that students are now continuing on to middle school from the elementary building his group renovated.

“Until then, parents didn’t want their children to go to middle schools; they wanted them to come work in the farms. But then they saw us, the Israelis, and how important education is to us – and it doubled the number of students who are continuing to learn in middle school.”

The project had another important effect: the number of villagers who were getting sick was reduced by 50 percent.

Funding for the organization comes from donations “mostly from the English-speaking communities in the States and Israel” at this point, Ryker said. No salaries are paid.

“We receive money from people who believe in Tikkun Olam, giving back to the world. It’s hard, I won’t lie. What I try to explain to people, to show, is the impact of the money.

“What I can do with $15 is crazy. With that sum, I can buy a uniform for a student who cannot go to school – and won’t go for the rest of his life — because his parents can’t afford it. By sending him to school, he has his whole future ahead of him. He can become a professor one day. With $300 I can pipe two kilometers of clean water.

“I’m not looking for large amounts of money. I won’t take money for myself; this project is like my baby. Hopefully soon there will be enough money for me to take a salary but until then, I am using my army money,” he said.

That first project prompted the local government to provide another $20,000 for continued renovation at the school, building more classrooms and new toilets.

“We are dedicating the school in the name of Dr. Bernie Kramer, a Jewish doctor from Newark that was a veteran,” Ryker said.

Each of the eight IDF veterans involved in the organization heads one group of volunteers who are carefully screened and then sent to carry out a project in the area.

“You started a revolution here and in the whole region,” the village head told him.

Just before leaving to bring another delegation to Tanzania, Ryker told JewishPress.com that this time around, he will meet with the regional governor. He has already spoken with the Tanzanian Embassy in Israel and the Israeli Embassy in Kenya (which is in charge of connections with Tanzania). He has also been in touch with the MASHAV division in Israel’s Foreign Ministry. “They like the project and want to be involved,” Ryker said, adding that the ministry pledged to contribute funding “whenever the crisis with Ukraine ends.”

The Tanzanians, he said, are “very grateful, especially that we are Israelis, because it connects to their religious beliefs. Half of the villagers are Muslim, and half are Christian, but they all love Israel. None of them are radical in any way; I don’t know why. You can even see cars driving in the cities with Israeli flags, just random. It’s weird, but it’s awesome.”

The villagers have, he said, perfected the concept of co-existence.

“We can learn far more from them than they can from us. It’s amazing.”

For more information about Afrikan Working Together, click here. 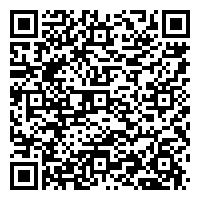