Strategic areas in Syria are being left empty by Russian forces heading to Ukraine, and are now being taken over by Iranian personnel, according to a report Tuesday by Breaking Defense.

The shift is being seen in the construction of new Iranian military headquarters and warehouses, plus a new training camp on the outskirts of Aleppo.


Weapons and ammunition are being transported from the countryside in Homs and Hama to Aleppo, where they are being secured at the recently built sites.

In addition, Iran has established a new militia to carry out the tasks previously performed by the Russian forces leaving the area.

An underground Iranian facility in Syria under the control of Hezbollah and Tehran’s elite Islamic Revolutionary Guards Corps (IRGC), dubbed “Project 99” is developing ballistic missiles, chemical weapons and UAVs, according to the Saudi Al-Hadath channel.

The development could lead to an easier flow of weapons to Hezbollah, Iran’s proxy in Lebanon, according to Israeli sources quoted in the report.

Israel has spent the past several years routinely attacking the burgeoning shipments of Iranian-produced military systems being sent to Hezbollah via Iranian forces in the region. 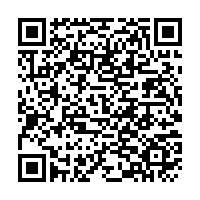