Israelis living and traveling in Ethiopia have been warned to “avoid gatherings, stay away from local demonstrations and in general . . . stay in their homes” until the situation becomes clearer after a bloody coup attempt.

Ethiopia’s Prime Minister Abaye Ahmed appeared on national television Sunday, dressed in a military uniform, to announce the Amhara state president Ambachew Mekonnen (an ally of the prime minister) and his adviser were shot to death and the attorney general shot and wounded in the provincial capital late Saturday evening.

The country’s Army Chief of Staff General Serra Mekonnen and another retired general were also shot to death in Mekonnen’s home in the capital, Addis Ababa, by one of the general’s own bodyguards.

The shooting took place as federal officials were meeting Mekonnen to discuss how to rein in the open recruitment of ethnic militias by Amhara’s regional security chief, General Asamnew Tisge, according to an Addis-based official quoted by Reuters.

According to state media, Tisge was responsible for leading the coup attempt, Voice of America reported. His current whereabouts are unknown; he was released last year from prison after reportedly having been pardoned for carrying out a similar coup attempt.

The prime minister said in his speech to the nation that the attempted coup had been thwarted and called on the 102 million citizens of the country – which includes some 80 ethnic groups – to remain united against “the forces of evil” who want to divide Ethiopia.

Last year Ahmed survived a similar assassination attempt when a grenade was hurled at him during a rally in Addis Ababa.

Israel’s Ministry of Foreign Affairs issued a warning to Israeli travelers in Ethiopia and to Israelis residing in the country in light of the political and security instability throughout Ethiopia, urging them to maintain extreme caution.

“In view of the reports of the assassination of the Ethiopian chief of staff and the injury to other people, and in light of the uncertainty regarding the current situation in the country, Israelis staying in Ethiopia should take extra care,” the ministry said.

The ministry urged Israelis to “avoid gatherings, stay away from local demonstrations, and in general, Israeli citizens currently in Ethiopia are advised to stay in their homes until the situation becomes clearer.”

The Foreign Ministry reminds Israelis in addition to monitor reports in the local media and those from the authorities.

“Note that in light of the situation there are difficulties in cellular communication and the availability of the Internet in the country,” the Ministry said in its warning.

Israelis with Ethiopian ancestry and those with family remaining in the country expressed concern about the safety of their loved ones and said they hoped for the swift approval of their immigration to Israel. 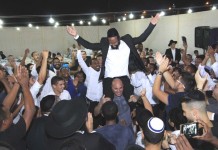 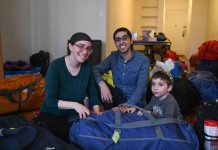 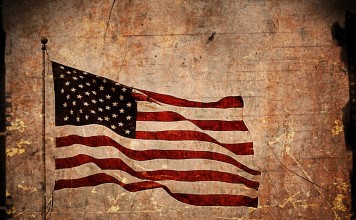