Army soldiers early Monday morning arrested most of the members of Sudan’s cabinet as well as many pro-government politicians in an apparent military coup, Reuters reported citing three political sources.

Sudan’s Culture and Information Ministry posted on Facebook a statement saying: “Members of the Transitional Sovereignty Council from the civilian component and several Transitional Government ministers were arrested by joint military forces and led them to unknown authorities.”

Protesters filled the streets of the capital Khartoum early Monday morning in response to news of the arrests, and local TV stations are showing smoke rising to the sky in Khartoum from tires that demonstrators have set on fire.

About a month ago, Sudanese authorities reported thwarting a coup attempt by henchmen loyal to Sudan’s deposed dictator Omar Hassan al-Bashir. Bashir, who came to power in a military coup in 1989, was incarcerated, tried, and convicted on multiple corruption charges in 2019.

In February 2020, Prime Minister Benjamin Netanyahu and the Chairman of the Sovereignty Council of Sudan, Abdel Fattah al-Burhan, met in Uganda, where they agreed to normalize the ties between the two countries. Later that same month, Israeli planes were allowed to fly over Sudan.

A year ago, on October 22, 2020, an Israeli delegation visited Sudan, where they met with al-Burhan for talks on the normalization of ties between the two countries, and on October 23, Israel and Sudan agreed to normalize ties. Egyptian President Abdel Fattah el-Sisi welcomed the normalization agreement. 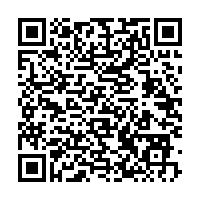