Australia’s national intelligence agency has warned the Canberra government this week that a move to formally recognize Jerusalem as the capital of Israel may spark violence.

The agency also warned that “any announcement on the possible relocation of the Australian embassy to Jerusalem or consideration of voting against Palestinians in the United Nations may provoke protest, unrest and possibly some violence in Gaza and the West Bank,” in its ASIO bulletin, which was marked “secret, Australian eyes only.”

Changes to Australian Foreign Policy that could be perceived as pro-Israel, said the bulletin, are “likely to attract protest within Australia” – but added there was no evidence to suggest violence could be expected at those venues.

The Australian prime minister has been speaking with Israel’s Prime Minister Benjamin Netanyahu and mulling the issue of moving the embassy to Jerusalem for some time. 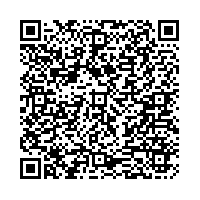