President Reuven Rivlin on Sunday visited the wildlife hospital at Taronga Zoo in Sydney, following the brushfires that raged in Australia recently.

The wildlife hospital treats some 1400 animals every year in order to return them to their natural habitats. The president met koalas and other marsupials (kangaroos and wallabies) and a platypus. According to the zoo’s figures, in the last round of brushfires in Australia, around a million animals were killed and the Taronga wildlife hospital has treated hundreds that were injured.

The president met with the zoo’s management and staff, including veterinarians and keepers, and heard about their rescue attempts over the last few months to help animals caught in the fires. They said that tens of thousands of Australians had tried to rescue wild animals from the fires, explaining that it would take at least 12 years to return the animals to nature, due to the extent of the destruction.

“We are talking about animals that live 8-12 years, so only the next generation and the one after that will return to nature. The extent of the destruction is immense and it will take a long time to re-grow,” said the chief vet and head of the zoo, Cameron Carr.

“This is a natural disaster that happens every few decades, not every few centuries,” said the president, and added that concern for wildlife in Australia was heart-warming and they way they were treated was inspiring. He added, “our veterinary teams in Israel, including at the wildlife hospital in Beit Dagan, work with similarly impressive professionalism, despite the fact that our natural habitats are more limited. Here, you have a great wealth of wild animals and the care paid by the people of Australia is similar to the compassion and concern that I know from the way we take care of animals in Israel.” 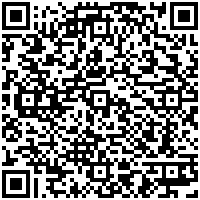