A Muslim fundamentalist group is organizing a conference focused on turning Austria and other European countries into Islamic states.

The “Caliphate Conference 2012” will be held on March 10 in the Austrian town of Vösendorf, situated just south of Vienna. The main theme of the event will be “The Caliphate: The State Model of the Future.”


The conference is being organized by Hizb ut-Tahrir [Party of Liberation], a pan-Islamic extremist group that seeks to establish a global Islamic state – or caliphate – ruled by Islamic Sharia law.

Hizb ut-Tahrir — which is banned in many countries, including Germany, but is free to operate in Austria — is virulently opposed to Western capitalism and democracy and seeks to extend the future caliphate to Europe and the United States.

According to a promotional video (in German) for the conference, “the Islamic Caliphate is the only social and political system that has the right solutions to the political, social and economic problems of humanity.”

Hizb ut-Tahrir has been banned from holding a similar conference in Belgium that had been scheduled for March 4. The group also organized a Caliphate Conference in Amsterdam last July, 2011, and well as a year earlier in Chicago in June, 2010.

Analysts say the open nature of the conference in Vienna indicates that Hizb ut-Tahrir is enhancing its recruiting efforts among European Muslims.

According to Steven Emerson, a leading authority on Islamic extremist networks, Hizb ut-Tahrir is emulating the three-stage process by which Muslims established the first Islamic caliphate after the death of the Islamic Prophet, Mohammed, in the year 632.

During the first stage, Hizb ut-Tahrir builds a party by cultivating a small number of supporters to engage in recruitment and propaganda. In the second stage (which Hizb ut-Tahrir is now entering in Europe and the United States), the group educates Muslims in order to recruit a larger group of people to join Hizb ut-Tahrir and support its revolution. Finally, having won the support of Muslims, Hizb ut-Tahrir moves to establish a Sharia-ruled Islamic government.

While Muslims are busy working to Islamize the West from within, they simultaneously insist that Westerners should not be allowed to criticize these efforts.

The Organization of Islamic Cooperation (OIC), a group of 57 Muslim countries that purports to be the collective voice of the Muslim world, sponsored an anti-Islamophobia symposium in Brussels on February 15 and 16, 2012.

The first-of-its-kind event was entitled “Smearing Islam and Muslims in the Media,” and was “aimed at establishing information mechanisms to face up to the slanderous campaigns against Islam in the media.”

The workshop was part of the so-called Istanbul Process, an aggressive effort by Muslim countries to make it an international crime to criticize Islam.

The explicit aim of the Istanbul Process is to enshrine in international law a global ban on all critical scrutiny of Islam and Islamic Sharia law.

Based in Saudi Arabia, the OIC has long pressed the European Union and the United States to impose limits on free speech and expression about Islam.

But the OIC has now redoubled its efforts and is engaged in a determined diplomatic offensive to persuade Western democracies to implement United Nations Human Rights Council (HRC) Resolution 16/18, which calls on all countries to combat “intolerance, negative stereotyping and stigmatization of … religion and belief.” (Analysis of the OIC’s war on free speech can be found here and here.)

Resolution 16/18, which was adopted at HRC headquarters in Geneva in March 2011, is widely viewed as a significant step forward in OIC efforts to advance the international legal concept of defaming Islam.

However, the HRC resolution — as well as the OIC-sponsored Resolution 66/167, which was quietly approved by the 193-member UN General Assembly on December 19, 2011 — remains ineffectual as long as it lacks strong support in the West.

The OIC therefore scored a diplomatic coup when the Obama Administration agreed to host a three-day Istanbul Process conference in Washington, DC on December 12-14, 2011. In doing so, the United States gave the OIC the political legitimacy it has been seeking to globalize its initiative to ban criticism of Islam.

Following the Obama Administration’s lead, the European Union now wants to get in on the action by hosting the next Istanbul Process summit.

Up until now, the European Union has kept the OIC initiative at arms-length. But Ekmeleddin Ihsanoglu, Secretary-General of the OIC, says the EU’s recent offer to host the meeting represents a “qualitative shift in action against the phenomenon of Islamophobia,” according to the International Islamic News Agency (IINA), the OIC’s official news and propaganda organ. 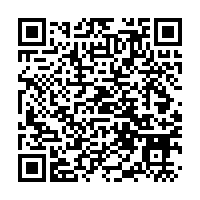