In a letter to Tel Aviv mayor Ron Huldai that was published on Tuesday morning, Lau pleaded with him to reverse the council’s decision, writing: “This decision taints the history of Tel Aviv, which was founded 103 years ago as the first Hebrew city,” and is a “severe blow to the sanctity of Shabbat – a day of spiritual uplifing and rest for all workers.”


Lau urged Huldai to follow in the footsteps of earlier mayors who “did not allow the candle of Shabbat to burn out,” and reminded him that great figures in Israeli history -Chaim Nachman Bialik, Meir Dizengoff, and Ahad Ha’am among them- strived to “preserve its identity as a city that safeguards the sanctity of Shabbat in the public domain.”

The chief rabbi said the resolution violates the ‘Status Quo’, which “has been the basis for government policies since the country’s inception.” The ‘Status Quo’ was a historic compromise reached between David Ben Gurion and the Yishuv’s religious Jewish communities in 1947, whereby he pledged that  religion would be paid deference and/or Jewish law and ritual would apply in four main areas (Shabbat, Kashrut, family laws, and education), in exchange for their consolidated support before the UN.

Lau, who usually demures on secular-religious issues, said he was “writing in the name of the thousands of people who observe Shabbat who supported [Huldai’s] election.” He expressed his intention to appeal to the relevant government ministers and implore them to deny the request for a permit, “so that Shabbat will be kept in the pubic domain, as is fitting for a Jewish state.”

The resolution was originally proposed by Meretz Councilwoman Tamar Zandberg, in association with the Be Free Israel organization, a group dedicated to “freedom of religion and pluralism” in Israel, according to their website. The motion passed 13-7, and was also supported by Huldai. “Whoever doesn’t want to get on a bus on Shabbat doesn’t have to,” Huldai reportedly said after the vote.

The Transportation Ministry, headed by Likud MK Yisrael Katz, stated Tuesday that it would reject the request, citing its contradiction of the ‘Status Quo’.

Meretz chairwoman Zehava Gal-On responded to the rejection with an appeal to Attorney-General Yehuda Weinstein, saying that the decision-making process and rationale were inadequate. “The secular majority in Tel Aviv is interested in the operation of public transportation on Shabbat, as was seen in a discussion and vote held by the city council,” she wrote. “Enacting the operation of public transportation on Shabbat would advance principles of social justice and improve the environment and freedom of religion.”

Habayit Hayehudi MK Uri Orbach responded to the resolution by saying that Mayor Huldai should “first make sure there is adequate public transportation in Tel Aviv on weekdays.”

Opponents of the resolution point to the fact that moniot sherut (taxi vans that operate on almost all the routes of public buses in Tel Aviv, for the same approximate cost) are a permitted alternative on Shabbat, and assert that the resolution is a largely symbolic move by contrarians that are reflexively hostile to the ‘encroachment’ and ‘religious coercion’ of Judaism in the Jewish State. 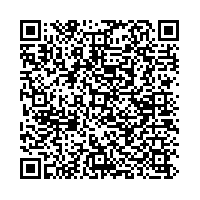