An additional agreement, expected to be signed between Bar-Ilan University and the Macedonian Ministries of Health and Innovation, will offer Macedonian physicians a course in clinical bioinformatics. The course will be taught by Bar-Ilan’s Academic Secretary, Dr. Rachel Levy-Drummer, who specializes in biostatistics and computational biology, and Prof. Ron Unger, Director of the Computational Biology Program.

The agreement will bring Macedonia one step closer towards breaking into the field of personalized medicine, in which medical decisions, practices, interventions and more are tailored to individual patients. This innovative field does not yet exist in Macedonia.

In the framework of an Erasmus Mobility Agreement, Bar-Ilan University has become active in a large-scale project to restore Macedonia’s ancient Jewish cemetery of Bitola, the largest and oldest in the Balkans. Dr. Levy-Drummer, Prof. Irit Amit, of the Department of Geography and Environment, Prof. Shmuel Refael, Director of the Naime and Yehoshua Salti Institute for Ladino Studies, and Dr. Ilia Rodov, Chairman of the Department of Jewish Art, are participating in this effort together with researchers from UKLO University in Bitola.

Led by Israeli Ambassador to Macedonia Dan Oryan, the project is particularly significant given the fact that Macedonia was home to the most ancient Balkan Sephardic community, 98% of which was annihilated at Treblinka. Out of a community of some 7,400 people, only about 150 survived.

Cooperation in this realm is currently being expanded with the support of Prof. Yaron Harel, Dean of the Faculty of Jewish Studies, and Prof. Judy Baumel-Schwartz, Director of the Arnold and Leona Finkler Institute for Holocaust Research.

“The Israeli Ministry of Foreign Affairs views this project as particularly important in the preservation and commemoration of a Balkan Sephardic community that was almost completely destroyed during the Holocaust,” said Amb. Oryan.

“We see academic cooperation between Israel and Macedonia as a significant step towards strengthening relations between our countries. Bar-Ilan University’s role in the special ties that we are building with Macedonia is very significant both in the classical disciplines of academia, and in the unique partnership in advancing the effort to tell the story of the Jewish people in general, and in particular the legacy of the Macedonian Jewish community and the tragedy it endured during the Holocaust,” he added.

In the near future Prof. Uri Polat, Director of Bar-Ilan’s School of Optometry and Vision Science, will head a delegation of researchers and alumni to Macedonia, where they will perform wide-ranging eye exams on young children who, without proper diagnosis and treatment, may eventually suffer from learning and social problems. 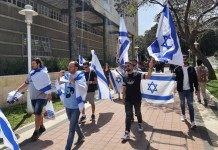 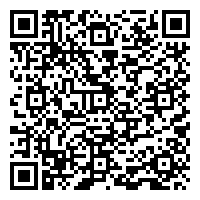