The Parliament of the Czech Republic on Wednesday designated Lebanon’s Iranian proxy Hezbollah as a terrorist organization, according to a statement from Israel’s Foreign Ministry.

The resolution passed by an overwhelming majority (63-7) urged the Czech government to declare all of Hezbollah a terrorist organization, local news agencies reported, and sought to push the European Union to end its artificial division of the group into military and political wings.

Jana Černochová the chairwoman of the chamber’s defense committee who spearheaded the motion, wrote an English-language statement on the resolution posted to her Facebook account after the vote:

“Greetings from the overnight plague in PS. I keep my promises !

I believe it is necessary to abandon the confusing distinction of the political and military branch of Hezbollah, which the European Union acceded in 2012 for certain diplomatic reasons, and to be one of those countries that act legibly on this issue, such as Germany, the United States, Austria or Canada.

I am well aware that we are dealing with many other important issues at the moment, but they must not cause us to forget about the originators of threats to international security and peace in the world and be satisfied that they are not heard from.

Thank you to all my colleagues who supported me today not only in the inclusion of this item at the meeting, but who also voted for the PRO and approved the resolution we put together with colleagues Miloslav Janulíkem, Jan Bartoškem and Helena Langchadlova. So the Chamber of Deputies passed this resolution just minutes ago:

Chamber of Deputies of the Czech Republic
I. Notes that it considers Hezbollah an indivisible whole and a terrorist organization that significantly destabilizes the Middle East region and also threatens all democratic countries through its global network.

III Calls on the government to push for abandonment of Hezbollah division into two parts at European Union level and complete inclusion on the list of terrorist organizations.

IV. Calls on the government to promote the suppression of Hezbollah’s influence in the world in order to increase international security.

V. Notes that this resolution is not a hostile act towards the Lebanese people and that it is interested in maintaining partnership with the Lebanese Republic.

VI. Calls on the government to start work on the preparation of a law enabling the model of France, Great Britain, Netherlands, Latvia and Estonia to start a national list of terrorist organizations.

Foreign Minister Gabi Ashkenazi hailed the move and urged other European Union nations to do the same. “The Czech parliament’s decision against Hezbollah is another step in the effort led by the Foreign Ministry to expand international pressure on Hezbollah,” Ashkenazi said.

“I call on the European Union and additional countries to recognize Hezbollah in all its forms as a terrorist organization,” he said.

Although the European Union has designated the military wing of Hezbollah as a terrorist entity, the EU allows the Iranian terror proxy’s political arm to operate in most areas of the continent.

Germany, however, banned the group outright from its soil earlier this year. 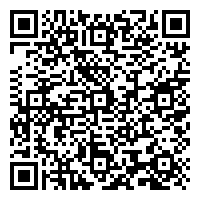