The European Central Bank raised its interest rates Thursday for the first time in 11 years as it moves to fight the inflation that is rapidly sweeping the planet.

The Bank raised the rates by half a percentage point in its effort to prevent the European Union from tumbling into a recession and to “fend off financial market disorder that could seriously disrupt the way our monetary policy reaches people and businesses across euro area countries.”

The Bank added that “more rate hikes will come.”

Those rates will “depend on how we see the economy and inflation developing,” the Bank said. “The rate increases will help bring inflation back to our two percent target.

“Very high energy prices are still the main reason for this,” the Bank said in an oblique reference to Russia’s war in Ukraine.

“But supply bottlenecks, high demand and a lower exchange rate are also pushing up inflation. Prices are going up in many parts of the economy…but the effects are being cushioned because people are still spending.

“People are traveling again. A record number of people have jobs and they can use the savings built up during the pandemic,” the Bank added. 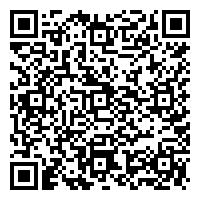