Prime Minister Naftali Bennett spoke on Thursday morning with Secretary of State Antony Blinken and demanded that the US immediately cease its negotiations with Iran over reviving the 2015 nuclear deal and enlist the major powers to take concrete steps against Iran.

The conversation between the prime minister and the secretary of state focused mainly on the Iranian nuclear program. Secretary Blinken updated Prime Minister Bennett on what was happening in the talks in Vienna between Iran and the world powers.


The two also discussed dealing with the Omicron variant, restocking the Iron Dome system, and the plans for the construction of 9,000 housing units for Jews in the eastern Jerusalem neighborhood of Atarot.

Prime Minister Bennett referred to this week’s International Atomic Energy Agency (IAEA) report, according to which Iran has started the process of enriching uranium to the level of 20% purity using advanced centrifuges at its Fordow underground facility.

The Prime Minister suggested that Iran was exercising nuclear blackmail as a negotiation tactic and that this must be met with an immediate cessation of the negotiations by the United States, followed by concrete steps against Iran to be taken by the major powers.

Earlier on Thursday, Maj. Gen. (Ret.) Nitzan Alon, the former Czar of the campaign against the Iranian threat, told Reshet Bet radio that a military option in the face of the Iranian threat is less simple than it may appear. “It’s more complex than a blitz of planes that fly over and destroy the Iranian nuclear program,” Alon, who also served as commander of special force Sayeret Matkal and Commander-in-Chief of the Central Command, explained.

Alon added that Israel’s policy of facing the Iranians alone is correct and that the US withdrawal from the nuclear agreement under President Donald Trump worsened Israel’s situation regarding the Iranian plan since Iran reacted to the increased American sanctions with determination to pursue a nuclear weapon. 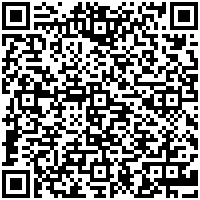