Felix Klein, Germany’s incoming, first Anti-Semitism Commissioner, on Thursday told public radio that “there has always been anti-Semitism in Germany, but it is more blatant now, more aggressive,” and so, in order to better understand anti-Semitism and anti-Jewish sentiment, his highest priority would be to establish a central register to record complaints about anti-Semitism.

On Wednesday, Germans saw thousands take to the streets of Berlin wearing yarmulkes, to protest anti-Semitism in the wake of an attack on a yarmulke-wearing Israeli Arab by three Arabic-speaking men the week before.


Klein said he plans to improve cooperation the Muslim associations in Germany, to better coordinate their condemnations of anti-Semitism.

Meanwhile, the Bundestag approved a motion declaring that “anti-Semitism must never again be part of Germany.” Green politician Katrin Göring-Eckardt stated that Germany must be “Israel’s guarantor,” and Green leader Dietmar Bartsch said the fact that there was any anti-Semitism at all in Germany was “shameful.” 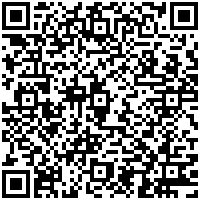