The Hispanic Jewish Foundation signed a historic agreement with the Spanish Autonomous Region of Murcia on Monday, to collaborate on the educational, tourist and cultural level to further the connection between the region and its Sephardi past.

The agreement was signed between President of the Region of Murcia Fernando López Miras and President of the Hispanic Jewish Foundation David Hatchwell, in the old synagogue of Lorca, unique amongst synagogues throughout Spain in that it was never converted into a church. Lorca is a city that served as the frontier town between Christian and Muslim Spain during the Medieval Period, where Jews frequently served as intermediaries between the two communities.

“The agreement that we have signed today constitutes a very important step so that the great historical, archaeological, architectural and human legacy of Murcia transcends these borders and is better known in Spain and throughout the world,” Hatchwell said at the signing ceremony. “Murcia stands as a clear example of a long-standing and flourishing Jewish presence, and of centuries of Spanish-Jewish coexistence. The presence and entwining of these differing cultures have brought mutual enrichment to our society.”

Murcia had an extremely active Jewish past, with several notable Jews residing there, including Moses ibn Turiel. Many of the port city’s Jews were historically involved in the maritime trade. It is speculated that these connections were ultimately important when the majority of Jews who fled overseas during the Expulsion from Spain in 1492 used the ports in the region to travel to other parts of the Mediterranean and beyond.

“We are deeply fortunate to have a common heritage to preserve, which today becomes one of our strengths,” President Miras explained during his speech. “This agreement is more than a religious and cultural reference point, it is an invitation to dialogue, to work together, to learn from our history to know that nothing should divide us in the face of adversity.”

“We pride ourselves on our history where we once lived together and are obligated to rescue the story that was once buried and brought back to life, like this synagogue. It is the only synagogue in Spain that was never intended for any other use than to be a place of worship and prayer for the Jewish community. The Sephardic legacy in Lorca has its highest representation in the synagogue of the castle, a unique example of Jewish religious art and architecture in Spain.”
President Miras closed his remarks at the ceremony, seemingly paraphrasing Israel’s National Anthem Hatikvah (The Hope), by saying: “A Jewish soul still beats deep in our hearts, a hope of freedom for today, looking towards the East.”

With the signing of this agreement, the Autonomous Region of Murcia will promote and disseminate cultural, academic and tourism projects relating to the Sephardi legacy in the region.

The mission of the Hispanic Jewish Foundation is the reconnection between the Spanish-speaking world and the Jewish people, and the outreach, encouragement, and promotion of Jewish culture in all its aspects and expressions. The Foundation’s main project is the establishment and development of the Hispanic Jewish Museum, an international cultural center to be located in Madrid that will help further understanding and awareness of the history of the Jewish people and its long standing ancestral ties and shared culture with the Spanish-speaking world. 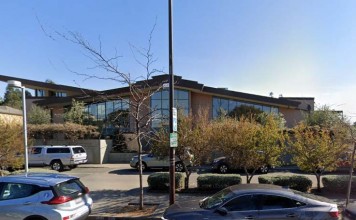 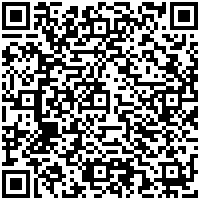