Israel rejected Belgium’s demand that the Jewish state compensate it after the IDF demolished four homes in al-Rakeez that were illegally built with Belgian funding, and noted that it was “regrettable that European aid money finds its way to the financing of illegal activities.”

“Our country asks Israel for compensation or restitution for these destructions,” the Belgian Foreign Ministry demanded Friday.


In response, the Israeli Ministry of Foreign Affairs told TPS on Sunday that “Israel is a state of law. The relevant Israeli authorities, including in area C in Judea and Samaria (the West Bank) exercise their legal duty, in accordance with the Oslo Accords, to maintain law and order, including inspection and enforcement of planning, construction and safety regulations according to the relevant law.”

The Israeli courts often receive petitions from Arabs living in the Palestinian Authority (PA) and overturn Israeli demolition orders, including those issued by the IDF against terrorists’ homes.

As a member of the UN Security Council, Belgium has repeatedly expressed great concern about the “alarming increase” in the number of demolitions and seizures of illegal structures in Area C.

Area C is under full Israeli jurisdiction and control as per the 1994 Oslo Accords.

Israel noted that “it is regrettable that European aid money finds its way to the financing of illegal activities.”

Several European countries have engaged in the support and funding of illegal Arab construction in Judea and Samaria in the past years, apparently in a move to strengthen the PA’s presence in the area at Israel’s expense.

“Donor states should utilize their tax payer’s money towards the funding of legal constructions and projects in territories that are controlled by Israel, and make sure those are planned and executed in accordance with the law and in coordination with the relevant Israeli authorities,” the Foreign Ministry stated. 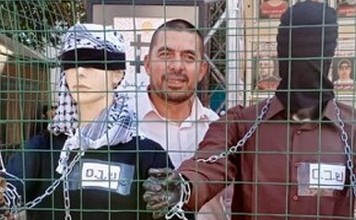