Israel’s Ambassador to Ukraine expressed his “confusion” over a Ukrainian court’s decision to reinstate a diplomat who had been dismissed over anti-Semitic and neo-fascist comments he had posted on his Facebook page.

Vasyl Marushchynets had been serving as Ukrainian consul in Hamburg before being dismissed from the diplomatic service for his posts which included him blaming Jews for the Second World War and wishing death upon “the anti-fascists.”

The diplomat had sued his former employer citing unfair dismissal. On Tuesday, a Kiev court ruled in favor of Marushchynets, calling for the Ministry of Foreign Affairs to reinstate him.

Israel’s ambassador Joel Lion sent a letter to the Ukraine Ministry of Foreign Affairs voicing his “confusion” and stating that Israel remained “faithful” that the Supreme Court would overturn the decision, seeing “the true face of this dangerous individual.”

Lion’s voiced Israel being “encouraged” by the Ukrainian Ministry of Foreign Affairs’ decision to appeal the judgment.

In his letter, Lion also called upon the Ukrainian government to adopt the International Holocaust Remembrance Alliance (IHRA) definition of anti-Semitism. This defines anti-Semitism as “a certain perception of Jews, which may be expressed as hatred toward Jews. Rhetorical and physical manifestations of antisemitism are directed toward Jewish or non-Jewish individuals and/or their property, toward Jewish community institutions and religious facilities.” 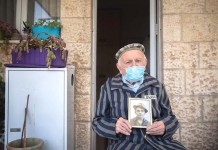 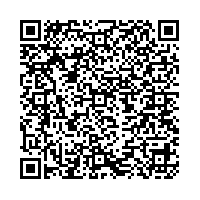