Russia’s Defense Ministry announced Saturday that its forces used hypersonic Kinzhal (Dagger) missiles to attack a weapons depot in Ukraine. It was the first use of the missiles, carried on Russian MiG-31K fighter jets, in combat.

Defense Ministry spokesperson Igor Konashenkov told reporters at a briefing the Russia struck an underground weapons storage site Friday in the western Ivan-Frankivsk region near the border with Romania, a NATO member, according to a recording of the briefing shared by Russian news agencies and quoted by multiple international media.

Konashenkov said missiles and aircraft ammunition were being stored at the site.

Hypersonic missiles have exceptional maneuverability and are designed to fly at speeds greater than five times the speed of sound (Mach 5) – about 3,800 miles per hour (6,100 kilometers per hour) – making them extremely difficult to track and intercept.

Russia is the first country in the world to have developed and used such weapons in combat.

President Vladimir Putin announced in March 2018 that Moscow is also developing a nuclear-capable, hypersonic intercontinental ballistic missile, “Avangard” that will fly at a speed of Mach 20 and have a range of more than 3,728 miles (6,000 kilometers), enabling the weapon to reach targets around the world. Its maneuverability, as with the “Dagger” missile, makes its trajectory unpredictable, thereby complicating intercept attempts.

The missile, test-fired in December 2018 from the Dombarovskiy missile base in Orenburg Oblast, is ultimately intended to penetrate future US air and missile defenses, according to the CSIS Missile Defense Project.

The US, China and North Korea are also developing hypersonic weapons but have yet to use any of them in combat.

A spokesperson for the Ukraine Air Force confirmed the Russian missile strike on Delyatyn but gave no further details, Reuters reported.

Dozens Killed in Attack on Barracks
At least 50 people were confirmed dead after Russian forces bombed a Ukrainian military barracks early Friday in the southern city of Mykolaiev, according to AFP.

A photo report from a #Swedish media about the debris removal at the site of a rocket attack on the 79th Separate Airborne Assault Brigade in #Mykolaiv. According to journalists, at least 40 people were killed. pic.twitter.com/agfaZibOH7

A 22-year-old Ukrainian soldier told the news outlet, “No fewer than 200 soldiers were sleeping in the barracks.” Rescue personnel were continuing to search for survivors under the rubble, he said. Authorities have not yet released a death toll.

The claims could not be independently verified by any news agency outside of Russia. 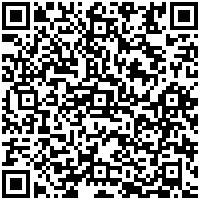