Russian military forces destroyed Ukraine’s Antonov-225 Mriya (“Dream” in Ukrainian) in an attack on Sunday at the Antonov airfield in Hostomel, near Kiev.

This was the world’s largest aircraft, AN-225 ‘Mriya’ (‘Dream’ in Ukrainian). Russia may have destroyed our ‘Mriya’. But they will never be able to destroy our dream of a strong, free and democratic European state. We shall prevail! pic.twitter.com/TdnBFlj3N8


The manufacturer of the plane, Ukroboronprom, was outraged, calling the legendary aircraft – also the world’s largest plane — the “flagship of Ukrainian aviation” in a Facebook post announcing the destruction.

Ukroboronprom said it would cost more than $3 billion and take more than five years to restore the plane to its former glory.

“Russia may have destroyed our ‘Mriya’. But they will never be able to destroy our dream of a strong, free and democratic European state,” wrote Ukraine’s Prime Minister Dmytro Kuleba in a tweet. “We shall prevail!”

European Union Airspace Closed to Russian Aircraft
Outside of Ukraine, member states of the European Union closed their own airspace to Russian aircraft on Sunday in new sanctions geared to persuade Russia’s President Vladimir Putin to end the invasion of Ukraine.

European Commission President Ursula von der Leyen said Sunday in the announcement that the EU also seeks to ban Russian state-owned media – including the media outlets Sputnik and RT (Russian Today) in the territory of its 27 member states.

Finland’s minister of transport also announced the country was set to close its airspace to Russian planes, as did Lithuania and Latvia.

In addition, the European nations are planning to target Belarus, Russia’s ally and Ukraine’s neighbor to the north, with sanctions as well.

The request came as internet service was being knocked out in Ukraine due to Russian military action.

“Starlink service is now active in Ukraine. More terminals en route,” Musk responded in a tweet a few hours after the request was posted. 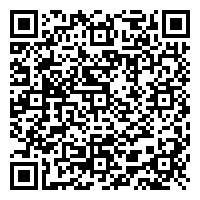