Ukraine is furious over a statement Wednesday by Defense Minister Benny Gantz saying Israel will not supply Kyiv with offensive weapons.

Zelensky’s senior adviser, Mikhail Podoliak, told Israel’s KAN News public broadcaster on Thursday morning that Israel has “chosen to be on the wrong side of history.”

Speaking on the program “This Morning” Podoliak said his country is “disappointed” by Israel’s offer to help Ukraine develop an early warning system to help the country defend itself against the Iranian drones deployed by Russia in its attacks on the nation’s capital.

President Volodymyr Zelensky has repeatedly demanded Israel supply his country with such weapons, unsatisfied with humanitarian and defensive aid provided by the Jewish State.

“Any help is positive, especially now when [such systems] can make it possible to at least partially minimize the damage caused by Iranian drones,” Podoliak said.

But he attacked the Jewish State for its refusal to provide Ukraine with aerial defense systems such as the Iron Dome missile interception system.

“The refusal of Israeli officials to provide [Ukraine] with air defense systems at a time when our critical civilian infrastructure is being attacked by Iranian kamikaze drones causes great disappointment in Ukrainian society,” he said, commenting that such refusal “should cause us all great sorrow.”

Podoliak added, “We don’t know what the military partnership between Russia and Iran will lead to in the future and what technologies, including nuclear, Moscow can share with Tehran.

“But we can say with confidence that the results of their cooperation will be felt not only by Kyiv, but also by Jerusalem,” he warned, adding the threat: “It seems that Israel has abandoned the desire to be on the right side of history. [This] conduct will significantly complicate the relations between our countries for decades to come.”

Mild Israeli Response
Israel’s Foreign Ministry responded to the remarks with a relatively mild statement of its own shortly after the broadcast.

“Every person is entitled to his opinion – even if it is wrong,” said Foreign Ministry Director-General Yuval Rotem.

“Israel is on the right side of history,” he said.

“Since the Russian invasion, Prime Minister [Yair] Lapid has placed Israel in the correct and moral place. We have provided humanitarian assistance.

“Israel has also assisted in the field of soft defense,” Rotem noted. “I don’t feel that we are in this place as Zelensky’s advisor said.” 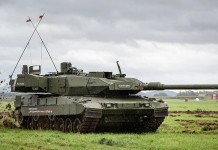 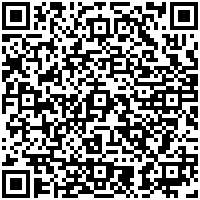