Hailed as the “largest-ever Israel National Pavilion” at the biennial Eurosatory Land and Airland Defense and Security Exhibition, 26 Israeli companies will be displaying their cutting-edge technology at the famed defense industry trade show in Paris on Monday.

Organized by the Ministry of Defense’s International Defense Cooperation Division (SIBAT), the Israel Pavilion will focus on “Improving efficiency, utility and performance of the modern military force” and “will showcase a range of capabilities in areas,” such as “The Future Soldier,” “Unmanned Platforms,” and “Precision Strike,” according to a statement released by SIBAT.

All of the most prominent names in Israel’s defense industry will be represented, including Elbit Systems, Israel Aerospace Industries (IAI), and Rafael Defense Systems. One product making a lot of news is Rafael’s Mini-Spike electro-optic guided missile, the world’s smallest personal missile. Measuring 70 cm in length and 75 mm in diameter, the Mini-Spike weighs a total of 4 kg and has a range of 1.5 km.

Many of the innovations, though, are from lesser known companies, like Fibrotex, Net-Line, and Water-Gen. Petach Tikvah-based Fibrotex, “a leading provider of advanced static and mobile camouflage and deception systems,” will be introducing a new generation of lightweight, reversible combat uniforms. Utilizing fire-retardant fabrics, the uniform “can provide camouflage for green areas such as forests, while the other side camouflages soldiers in desert or urban environments.”

Netline Communications Technologies will be displaying a portable jamming device that neutralizea remotely detonated Improvised Explosive Devices (IEDs). Portable, lightweight, and accurate, this system – called the C-Guard HHJ – is intended to aid Special Forces, infantry soldiers, and SWAT teams in urban scenarios, where IEDs have wreaked havoc on military forces across the globe.

Water-Gen, a company focused on providing water generation solutions, will introduce two potentially-revolutionary products: GEN-250G, which creates water from air, and the SPRING backpack-portable water treatment unit system. GEN-250G produces “up to 500 liters (135 gallons) per day of pure, fresh, cold drinking water,” and is “able to withstand the harshest field conditions.” SPRING purifies water using reverse osmosis and UV, and “can filter 300 liters (75 gallons) per battery pack.” According to press release, Water-Gen recently won a tender to supply the British Ministry of Defense with a water generation system, and is also cooperating with the armies of Spain, India, and the United States.

Among other innovations that will be showcased are hand-held through-the-wall radars, mini-Unmanned Aerial Vehicles (UAVs), robots, and frequency-hopping radios. The exhibition will take place from June 11th-15th, and will include over 1,400 exhibitors from around the globe. 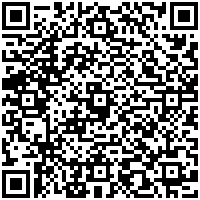