Brazil’s President Jair Bolsonaro announced Tuesday in a news briefing with reporters that he has tested positive for COVID-19, the disease caused by SARS-CoV-2, the novel coronavirus.
(video in Portuguese, closed captions in English)


Bolsonaro, 65, said he was tested Monday evening after he developed a fever and other symptoms of the illness.

The Brazilian leader told media in a briefing outside the presidential palace that he “feels well” and that he will continue to work in isolation,” local media reported.

“I’m much better than yesterday,” Bolsonaro told reporters. “I feel good enough to go for a walk.” The president said he has been taking the anti-malarial medication hydroxychloroquine since developing a fever on Sunday, and said his condition improved after treatment with the drug.

Bolsonaro, five members of his cabinet and his son, Congress member Eduardo Bolsonaro met with US Ambassador Todd Chapman to mark America’s Independence Day on the Fourth of July, according to a report published Monday (July 6) by The Brazilian Report.

“All authorities had close contact with each other and no one used a face mask,” the news outlet reported. “The US Embassy said Mr. Chapman had no symptoms but will undergo testing.”

A total of 1,643,539 people in Brazil have been infected with the novel coronavirus since the start of the pandemic, according to the Worldometer site.

At least 66,093 people in the country have died from the virus; however, 1,072,229 Brazilians have recovered from the illness.

As of this past Sunday, more than half a million people in the country are still actively ill with COVID-19 in Brazil. 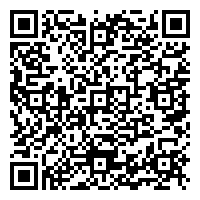