Last April, NYU student Emily Harrold embarked on the production of a film exploring why The New York Times under-reported the Holocaust during the 1940s. Now, a little less than a year later, the project has expanded to more than twenty students. Together the students have interviewed historians, journalists, Holocaust survivors, and American citizens who lived during the 1940s. They are currently working on finishing the project in order to submit it to film festivals across the United States.

“While the film is about The New York Times and The Holocaust,” explains director Harrold, “it is also about how American society understood and dealt with genocide in the 1940s. We are shocked today to learn that papers as well respected as The New York Times kept quiet on The Holocaust. But are we as a society reacting any differently to genocide happening today?”


The film, titled “Reporting on The Times,” was inspired by Laurel Leff’s book Buried by The Times: The Holocaust and America’s Most Important Newspaper. The film is currently fundraising on Kickstarter.com. The team has raised close to 50 percent of its $6,000 goal. Please visit http://kck.st/tq3zbv to make a donation. You can also learn more about the project and see the trailer at www.facebook.com/reportingonthetimes. 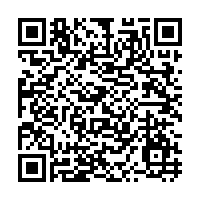