Question: Since my daughter in high school started researching the topic of shemot for her school newspaper, I have become more and more confused. Does shemot only include items, such as books and sheets of papers, with Hashem’s name on them? Or does it even include items containing Torah concepts or even just Hebrew letters? For example, how do you advise I dispose of The Jewish Press? Finally, concerning Hashem’s name, must the name be spelled out fully in Hebrew to constitute shemot? What if it is in English in abbreviated form – “G-d,” for example?

Answer: The Mechaber (Yoreh De’ah 276:9-10), referring to writing and repairing a Sefer Torah, specifies certain names of G-d that may not be erased once written: Kel from Elo-kim and Kah (which is either a name in itself or part of the name of Hava’yah. The Rema (ad loc.) includes alef-daled from Adnut and alef-heh from Eh-yeh. These halachot extend to any writing, but authorities differ on whether they apply to languages other than Hebrew.

My uncle, Harav Sholom Klass, zt”l, helped popularize the accepted style of omitting a letter in the English words “G-d” and “L-rd” in The Jewish Press from its very inception in 1960. In “Responsa of Modern Judaism II,” two of his responses address this issue. The first (Book II, p. 535) stresses that the holiness of G-d’s name is related to it being written in Hebrew. The Rambam (Hilchos Tefilla 14:10) writes, based on various statements in the Gemara, that when Shimon Hatzaddik died, his fellow kohanim stopped using the Holy Name (Shem Hameforash) so that disrespectful and unruly people would not learn it, since the Holy Spirit departed from the Temple.

Many discussions appear in halacha regarding versions of G-d’s names that imply specific characteristics of G-d and whether they may be erased once written. The Shach (Yoreh De’ah 179:11) writes that while the name of G-d is holy only in Hebrew and may be erased – since the word “G-d” in a secular language is not His true name – it is still preferable to be as careful as possible. The Beth Yosef (Tur, Yoreh De’ah 276) quotes the Rashbatz’s opinion that G-d’s name is not holy and may be erased – whether written in Hebrew or any other language – if it was written without any intent of holiness. The Beth Lechem Yehuda (Yoreh De’ah 276:10) agrees with the intention requirement, especially in a secular language, and stresses that if the name was intended for a holy purpose, we are not to erase or discard it.

The Aruch HaShulchan (Yoreh De’ah 276:24) quotes the Rema and other poskim to explain that the name of G-d which appears in our siddurim (the letter “yud” twice) may be erased if necessary. He also quotes the Tashbatz who warns that while the name of G-d in different languages may be erased, we still avoid writing it because it may be discarded into a trash basket and will put the Holy Name to shame. In Choshen Mishpat 27:3, the Aruch HaShulchan decries the custom of writing letters in any language using the name of G-d since they are discarded, and when G-d’s name is put to shame, respect for G-d erodes and poverty descends on the world.

In the second related responsum by Rabbi Sholom Klass (Book II, p. 533), he suggests passing the result of his labor, The Jewish Press, along to others after one is done reading it and explains printing the word “G-d” with a hyphen as a method to avoid profaning the Holy Name. He cites Rosh Hashana 18b regarding a feast the sages instituted to celebrate the day Israelites corrected the way they worded notes and bonds so as to avoid mentioning G-d’s name since these documents are ultimately discarded.

My uncle quotes some halachic authorities who allow writing G-d’s name and even erasing it in a secular context (such as on making and destroying coins). The Beth Yosef (on Tur to Yoreh De’ah 276), Rashbatz (ad loc.), and Shach (Yoreh De’ah 179:11) agree that without the writer’s intent to imbue holiness (especially if writing in a language other than Hebrew) G-d’s name may be erased or disposed of.

We have received numerous inquiries regarding disposing The Jewish Press after one is finished reading it. One must understand the thought and effort that is involved in the production of a quality publication such as The Jewish Press, especially in our time when newer technology allows us to download complete texts which arrive from various worthy sources and authors. Many of these texts contain G-d’s name (in English) spelled out in various ways, which, in a Torah column, is obviously there for holy purposes.

Some authors ask that G-d’s name not be written out in full; they prefer that their text be edited to consistently read “G-d or L-rd” as the case may be. This practice is in line with the view of Rabbi Moshe Feinstein, zt”l (Iggrot Moshe, Yoreh De’ah, 1:172). 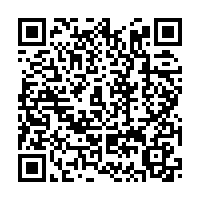