The conference was organized by haredi religious parents in the Stamford Hill section of the British capital and headed by Rabbi Eliyukom Schlesinger (age 100) plus many other Rabbis. Those gathered were protesting British government mandates requiring the introduction of “depravity and moral corruption” in secular material in to the Jewish education system that is Biblically forbidden and an anathema to the religious Jewish way of life.


The object of the conference was to call on schools to become “more strident and assertive” when dealing with Ofsted who are seeking to destroy basic aspects of Jewish religious beliefs, and to re-iterate “firm resolutions to educate our children in accordance with traditional beliefs and principles.”

Rabbis at the conference declared that the community would “stand firm resolute to maintain our 3,500-year tradition of teaching and obeying God`s law,” including a total rejection of attempts to introduce into Jewish classrooms “anything forbidden” by the Torah.

“We shall proudly uphold our religious beliefs and practice by educating the children in our sacred traditions as handed down to us by our ancestors and great teachers of the past,” the rabbis said.

Rabbi Asher Gratt, a spokesperson for the group, told JewishPress.com that the Jewish education system in England is under “serious attack,” one that is designed not to weaken but rather “to destroy our sacred educational institutions.

“The School Governors are duty bound to have regard to the views of parents,” he said. The rabbi, who spent more than half a century spearheading the rights of religious freedom for the haredi religious community in the UK, added that it is “unlawful for Ofsted to disregard any views expressed by parents.”

Those at the conference contended that for the past two years, Ofsted (Office for Standards in Education, Children’s Services and Skills — a non-ministerial department of the UK government reporting to Parliament) has “acted in a way that goes well beyond its professional responsibilities, particularly in matters pertaining to religious faith and practice.

“We believe that it is an ‘anti-religious program’,” the rabbis said, adding that it appears an anti-faith program is being launched “on the back of teaching tolerance and goodwill” to all.

“We are not intolerant of people who follow a different lifestyle, but they aim to force us to teach lifestyles that are Biblically forbidden and demand that faith schools open up their doors to the teaching of depravity and moral corruption, which is in itself an act of intolerance and extremism – even abuse,” Rabbi Gratt said.

Haredi parents are becoming increasingly alarmed over” the injustice that is being carried out by the British Department for Education regarding the educational institutions of the Orthodox Jewish Community in this country,” he noted.

“There is an ‘obsession’ to promote the concept of equalities within the education system by exposing our children to ways of life that contravene our religious law and tradition,” he said.

“As the purpose of any school inspection is to assess the effectiveness of the teaching and learning, there would appear to be a blatant abuse and perversion of the role carried out by the inspectorate.

“These new instructions are poisonous to our faith. They are directed against our most cherished and sincerely held religious principles.” 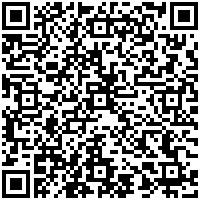