Johnson, who worked on a kibbutz, is the great-grandson of Elias Avery Lowe, a Russian-born Jewish textile merchant. Johnson has said, “I feel Jewish when I feel the Jewish people are threatened or under attack.” The following are some facts on Johnson’s Cabinet members:

Chancellor of the Exchequer Sajid Javid recently became the first British minister in 19 years to visit the Kotel. Javid was mainly responsible for the full British ban on Hezbollah.

Chancellor of the Duchy of Lancaster Michael Gove has a long history of supporting Israel.

Transport Secretary is Grant Shapps, who was national president of B’nei Brith Youth Organization and a co-chairman of the Conservative Party.

Work and Pensions Secretary Amber Rudd increased spending for the Community Security Trust while at the Home Office.

Environment, Food and Rural Affairs Secretary Theresa Villiers has urged the government to recognize the plight of Jews forced out of the Middle East and North Africa around the time of the establishment of Israel.

One exception to this pro-Jewish pattern is Defense Secretary Ben Wallace. Last year, as Home Office Minister, Wallace rejected calls for a ban on Hezbollah’s terror wing. And on Iran, Wallace shares similar views to those of Labour leader Jeremy Corbyn, whom he has described as “an honest left winger.”

The Labour candidate for Johnson’s seat of Uxbridge refused to rule out “armed conflict” with Israel in an Iranian-sponsored Press TV interview in 2015.

Ali Milani said, when asked whether boycotts were an alternative to armed conflict: “There’s no reason to frame the argument as binary. It doesn’t have to be either a non-violent economic resistance or an armed resistance.”

A Labour councillor, who branded Jewish MP Luciana Berger a “hideous traitor,” has been cleared of anti-Semitism charges by the Labour Party.

Liverpool Councillor Sam Gorst claimed he was a victim of a “smear campaign” and that he had “ongoing concern of the heinous crimes of the Israeli government.”

Two Jewish Lords have been posthumously vindicated after Carl Beech, who accused them of being involved in a pedophile ring, was himself found guilty of pedophilia and of making false accusations.

Former Conservative Home Secretary Lord Brittan faced the accusations shortly before he died in January 2015. His widow Lady Brittan said, “In the last year of his life – and particularly in his last few months – he had to face, while desperately ill, entirely false allegations and smears of the very worst kind.”

Also accused was former Labour MP and Board of Deputies president and Holocaust Education Trust founder Lord Janner, who was accused while suffering from severe dementia. He also died in 2015.

Lord Janner’s daughter, who heads the British Reform Movement, told The Jewish Press: “I am very happy my father has been exonerated.” She told The Times that the “massive amounts of misogynistic and anti-Semitic hatred” she received online around the time of her father’s death had made her suicidal.

Lord Janner’s son, a barrister, has called for the law to be changed so that suspects cannot be named until they are charged.

Beech was sentenced to 18 years in prison.

Chief Rabbi Ephraim Mirvis and Dayan Menachem Gelley of the London Beth Din have worked with the Liverpool Jewish community to supply it with kosher meat after it lost its only kosher shop.

In June, Liverpool Kashrut Commission withdrew its license from the city’s only kosher outlet, Rosemans Delicatessen, after it was suspected of selling non-kosher meat. Kaye was found dead the day after his license was withdrawn. The present owners of Rosemans have refused all suggestions put to them by the London Beth Din and are currently running an unlicensed store.

London’s five kashrut authorities, the London Beth Din, Federation, Kedassia, the London Board for Shechita, and the Sephardi Kashrut Authority recently met to “establish a joint policy of minimum requirements for all meaty restaurants and manufacturing premises and to consider how best to utilize technological advances, particularly in CCTV.” 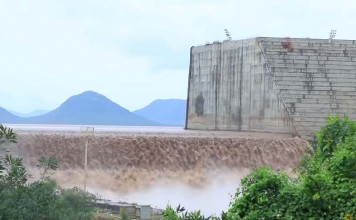