After weeks of struggling in the UK to protect the life of their two-year-old brain-damaged daughter, the parents of Alta Fixsler were informed this week that a US visa has been obtained for Alta.

US Senator Chuck Schumer announced Friday that the desperately needed visa has been secured, and Alta is welcome in the US.


“Today US Senator Charles Schumer announced that the visa for Alta has been urgently approved and obtained, which will allow her and her US citizen father, Mr. Abraham Fixsler, to travel to the United States and receive care,” the statement from Schumer’s office said.

The child has been on life support in Manchester’s Royal Children’s Hospital since her birth, during which oxygen deprivation caused her to suffer brain damage that left her needing assistance to breathe, drink and eat.

Earlier this year the Manchester University NHS Foundation Trust filed a request to the court to end her treatment. Her parents said taking Alta off life support would go against their Jewish faith.

They worked tirelessly, building a public campaign to stop the process and to be able to transport the child to Israel or to the US for treatment.

A British High Court ruled in May the hospital could go ahead and remove the child from her ventilator, contending that it would be in her “best interests” because she has “no prospect of recovery.”

Alta’s mother is an Israeli national; but her father is a dual Israeli-US citizen.

The parents appealed to both Israel and to the United States for assistance.

The UK ignored the appeals of senior Israeli officials who tried to intervene – including Israel’s President Reuven Rivlin, who wrote to Prince Charles last month, urging he render his assistance to help bring Alta to Israel, and (former) Health Minister Yuli Edelstein, who appealed to the UK government last month, saying the Jewish State is willing to take responsibility for her care.

Last week, Schumer sent a letter to UK Ambassador to the US Karen Pierce, notifying her that his office was in the process of obtaining citizenship documents for the little girl. He appealed to the British ambassador that “all health decisions that are against the wishes of the family be suspended until the citizenship process is complete and Alta can travel to the US.”

Schumer’s efforts were supported by the efforts of 10 Republican senators who sent a letter on June 22 to President Joe Biden, asking him to “advocate to Prime Minister [Boris] Johnson on behalf of the Fixsler family.”

Rabbi Moshe Margaretten of the Tzedek Association told Hamodia on Friday that between support from Schumer, who is currently the Democratic Senate Majority Leader, and 10 Republicans, “this is now a bipartisan issue. This is about saving a life, which everyone, no matter their politics, should believe in.”

“All the Fixslers want is to follow their faith and get their little girl the best care in the process,” Schumer said Friday in a statement. “The images of little Alta make your heart melt, and to know just how much her parents love her inspires us to do all we can to ensure her best chance. Aside from this federal action of securing a visa, I also offer my most fervent prayers to her and her family.”

In light of the visa being issued, Rabbi Moshe Dovid Niederman of the UJO of Williamsburg told Hamodia on Friday that medical transport to the US has been arranged through Jewish philanthropists.

The transport will not cost the UK a dime.

But the hospital in Manchester is unwilling to allow the little girl to leave for treatment, saying terminating her life support would be “more humane.”

“We sincerely hope the UK government will respond in kind.” 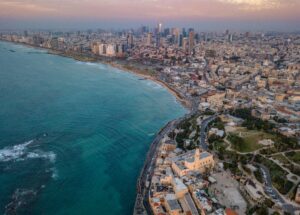