The officials were taken through the crossing despite its closure for the final day of the Jewish holiday of Sukkot, known as Shemini Atzeret and Simchat Torah, due to the urgency of the situation, according to the IDF Coordinator of Government Activities in the Territories (COGAT).


“A number of foreign UNRWA employees have been evacuated from the Gaza Strip to Israel. This is due to the tensions as a result of the financial crisis UNRWA is facing and subsequent concern for the safety of its foreign staff,” said an official statement by the COGAT.

“The Hamas terrorist organization did not protect the agency’s staff from the violence directed against them,” the statement added.

UNRWA employees launched a general strike Monday and demonstrated in front of the agency’s headquarters to protest an agency decision to terminate 100 workers in Gaza due to budget cuts. Employees also blocked the entrance to the Al Deira Hotel where agency management was meeting to discuss the crisis.

UNRWA told reporters later in the day that it had “decided to temporarily withdraw part of its international staff from Gaza following a series of worrying security incidents affecting its personnel in the Strip.

“Earlier today, a number of staff were harassed and prevented from carrying out their duties,” the statement said. “Some of these actions have specifically targeted the UNRWA management in Gaza.”

The enclave’s ruling Hamas terrorist organization has been asked “to respond to its repeated demands to provide effective protection to its employees and facilities,” the statement went on.

“The lack of effective security and safety risk impacting vital humanitarian services to more than 1.3 million refugees in Gaza.”

Although the head of the agency and his deputy remained in the enclave, Ynet reported they might yet be evacuated in the hours to come. 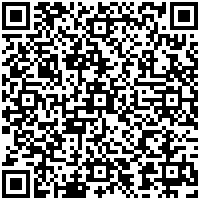